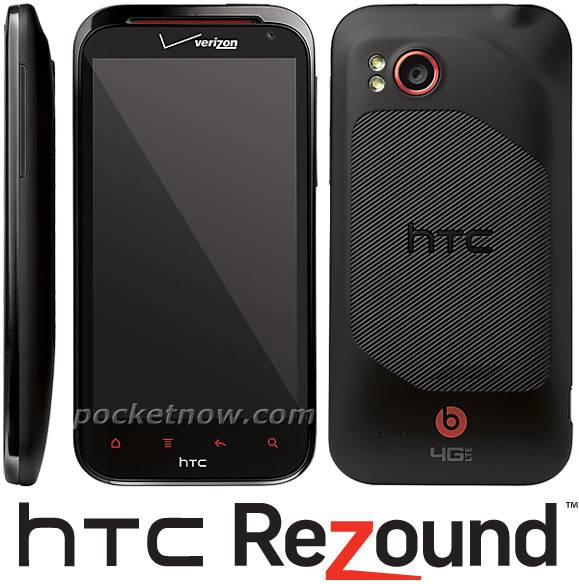 There’s no doubt in our minds that the New York City HTC event set for later today will see the arrival of the jumbo-sized HTC Rezound, but if you just can’t wait that long, take a gander at the photo below. It’s the rift official look we’ve had at the Verizon phone, courtesy of PocketNow. The shots line up with the numerous leaks of the Rezound (codenamed “Vigor”) in all its glory.

You can see that the Rezound takes a lot of design cues from the original DROID Incredible – that red ring on the speaker grill and camera lens probably extends inside as well, according to a leaked hands-on video. Check out those snazzy red capacitive buttons, t0o. They’re reminiscent of some of the Envy laptop models that HP released with red-on-black Beats branding, which you can see mirrored on the back of the phone. Unfortunately, we don’t know if the Rezound includes its wireless charging back plate by default or if it’ll be an add-on accessory.

Leaked specs for the Rezound point towards a 4.5-inch 720p screen, a 1.5 GHz processor and a 4G LTE connection, the latter of which these photos confirm. That makes the Rezound a match for the upcoming DROID RAZR and Galaxy Nexus on one spec or another, though unfortunately it will probably launch with Gingerbread. The phone is HTC’s first US device to take advantage of its Beats acquisition, and may or may not include a free pair of Beats earbuds. Leaked internal documents form Verizon point towards either November 10th or November 14th as a launch date,  with a retail price of $299 on-contract.

The HTC event starts at 5PM EST. Keep it here for the latest news. 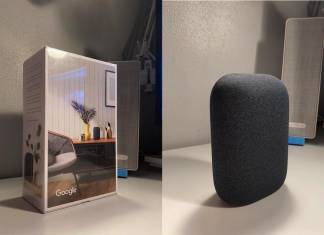