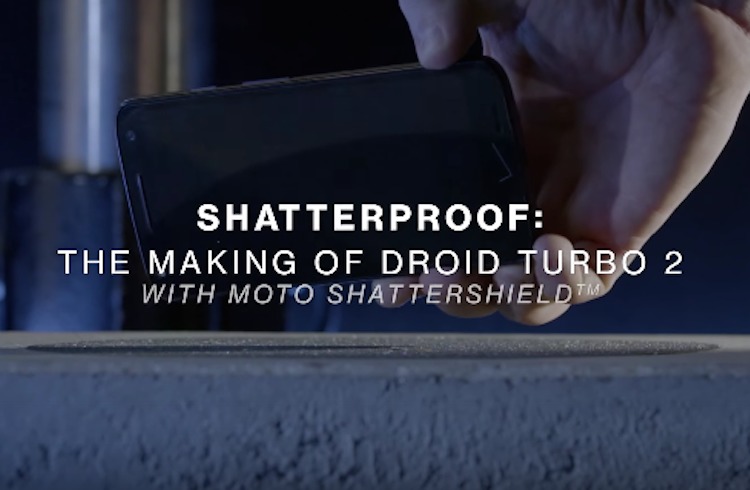 Both Motorola and Verizon were right when they said the DROID Turbo 2’s display is shatterproof. We thought it was impossible because any glass display can be shattered when dropped on the floor especially from a significant height as proven by the dozens of drop tests we’ve seen. But this one is different as demonstrated in a video recently by CNN Money when they did a series of drop tests.

It was one great feat but Motorola took on the challenge to deliver a solution to the mobile industry and prove that it is possible for a phone to have a screen display that is very durable– going beyond the claims. As explained in the video, the Moto ShatterShield technology consists of five layers starting with the aluminum classis that provide rigid protection and structural integrity as foundation. First layer is followed by a flexible AMOLED display that offers crystal-clear picture quality. Next there’s the dual touch layer that offers a resilient touch response which is then topped by a flexible and clear interior lens. All other layers are protected by the exterior lens for the whole phone device system.

The Moto Maker option is great for those who always want customized or a personalized touch. There’s that sense of “uniqueness” at least when it comes to choosing the materials and colors. Motorola meticulously chose the colors to include as options because they want to maintain sophistication.

According to Motorola, this DROID Turbo 2 gives the consumers a break from heartache when dropped because it’s really durable. It is indeed  shatterproof if you think it’s impossible to survive such rigorous tests. The initial test of CNN Money really impressed us but we can’t wait to see more drop tests. They’re usually nerve wracking but I have a feeling that this DROID Turbo 2 will be able to withstand the numerous tests.