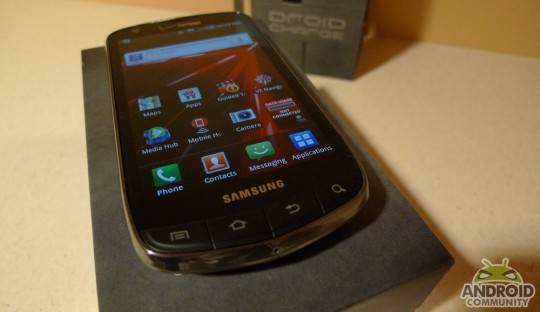 If anyone missed it last week the Samsung Droid Charge was delayed last week after Verizon’s speedy 4G LTE Network went down. We are now seeing reports of some lucky users getting the Droid Charge a little early at places like Target. Run and check your local Target if you’d like.

From what I heard someone called Target, they had the Droid Charge so he drove down and got one. What an exciting moment I bet that was. I heard it was a boy so I’m assuming extra excited. Then all that excitement goes away when it wont activate. Lucky for the boy a Target employee does a little trickery and manages to get the Droid Charge to crash in on the Thunderbolts parade, and he was soon shooting lightning bolts of 4G from Target rooftops.

Other than all that rooftop lightning talk, we are seeing other reports of Verizon users getting the Droid Charge from places like Target, Radio Shack, and Best Buy if your lucky. So it looks like things are either back on track, or they will be soon. We have yet to hear anything official from Verizon Wireless as to when they will start selling the device themselves, but the @DroidLanding is still in full effect. Will you try and get one early? Let us know if you do.