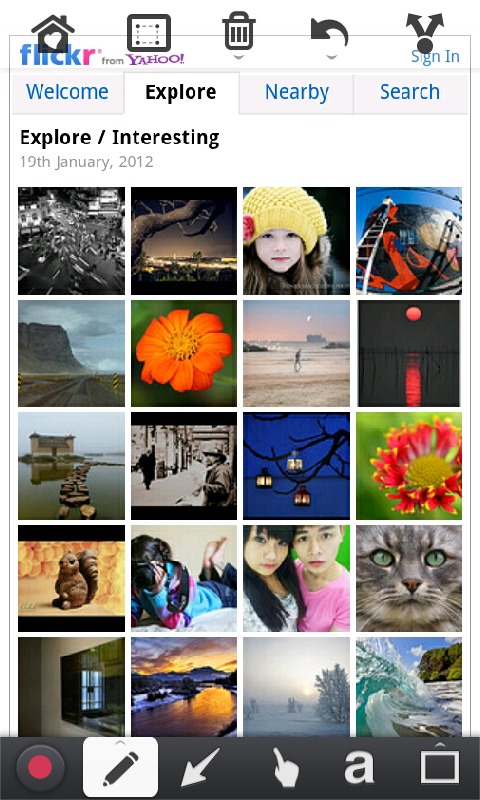 Dolphin Browser HD remains one of the most popular third-party browser alternatives for Android with over ten million downloads, and at least part of that is because of the strength of its add-on system. In that respect it’s often thought of as “Firefox for Android” (even though we now have, well, Firefox for Android). Today developer MoboTap is partnering with Evernote to add both the primary Evernote functionality and notation engine Skitch to its widening array of integrated services via Dolphin’s add-on system.

The Evernote add-on works exactly as you’d think it would: connect your Evernote account with Dolphin, select text in the browser, and activate Evernote via the shortcut in the right sliding panel. The selected text will be instantly saved to a new note in Evernote. If you’re unfamiliar with Skitch, it’s a sort of annotated screenshot engine, easily allowing users to mark up and share images from the web via their integrated “photo” sharing service. Skitch was acquired by Evernote last year. The Skitch add-on is almost as simple: after connecting it with your account and installing the stand-alone app, activate the add-on in the right sliding panel and a screenshot of the web page will be sent to the Skitch app. Mark it up so your liking and share or save the annotated image as you will. The add-ons are available today in the Android Market, though naturally, they won’t work with the less resource-intensive Dolphin Browser Mini.

Despite major competition from heavy hitters in the browser world like Mozilla and Opera, Dolphin is staying relevant with almost continuous updates and new features. Just last month they announced integration with the popular cloud storage service Box.net. The expanding options for Dolphin users, not to mention the modular nature of the plug-ins, keeps power users coming back despite the impressive expansion of Android’s standard  browser. If and when Google finally integrates true Chrome functionality into Android, it’s going to be interesting to see who comes out on top.