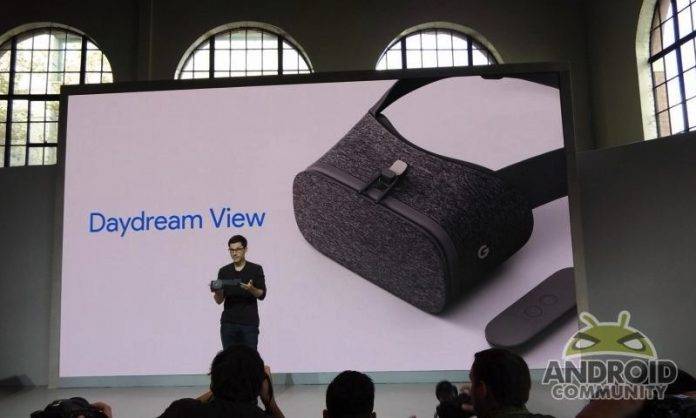 Much has been said about the Daydream View. The new VR headset by Google is almost ready to change the virtual realm. While Lenovo has the Phab 2 Pro to provide augmented reality, Google is offering this Daydream View as a new virtual reality headset. It can still be used for AR but this one is more for virtual reality adventures especially when used with a controller. We first noted how it puts ease and comfort at the center and Google immediately placed it for pre-order.

Almost two weeks ago, the Daydream View VR headset together with the Chromecast Ultra were listed as available on Google Store but as expected, only for pre-order. This time, we’ve got information when the product will ship. Come November 10, you may expect to receive at your doorstep or see in stores the new VR headset.

The virtual reality headset will be available in the United States, Australia, Germany, United Kingdom and Canada view several mobile carriers and retailers. In the US, Best Buy and Verizon will carry it with a $79 price. Rogers, Bell, Telus, and Best Buy will sell it for $99 (CAD) in Canada while EE, Carphone Warehouse, and Deutsche Telekom will sell the device for £69 and €69 in Europe. In Australia, it will come at around $119 thru Telstra and JB Hi-Fi.

The Daydream View works perfectly with a Daydream-compatible smartphone like the Pixel or Pixel XL. New related apps will also be available in different categories. Listed below are some of the Daydream VR apps that will be ready for download at launch: