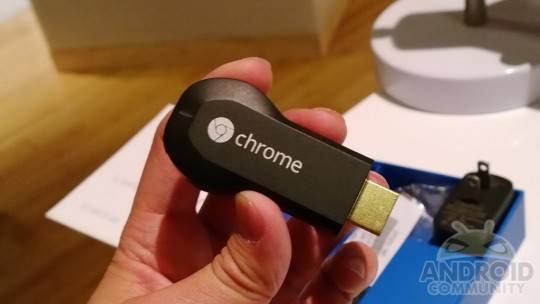 Google did deliver its promise to bring the Chromecast to more regions, and were we in for a surprise. While most of the speculation has been lavished on the UK, the company has made its streaming dongle also available in 10 other countries.

A lot of rumors about the Chromecast’s first international stop focused on the UK. In fact, the latest leak showed boxes of the devices sitting in Currys UK stockroom. We are, of course, pleasantly surprised to see Google expanding availability to more countries as well. The full list now include Canada, Denmark, Finland, France, Germany, Italy, Netherlands, Norway, Spain, Sweden and the UK.

People from these regions will soon be able to enjoy watching their favorite videos or listen to music on their TVs, with content from YouTube, Google Play Movies and Music, Netflix, HBO Go, and more. Google will be adding more streaming sources like UK’s BBC iPlayer, France’s France TV Pluzz and SFR TV, and Germany’s Watchever. Of course, regional restrictions still apply. Going beyond those official sources, users can tap into the myriad of Android apps that has just gained support for Chromecast.

Unfortunately, the problem right now is supply and price, at least for prospective buyers in the UK. Currys prices the Chromecast at 30 GBP, around $50 when directly converted, somewhat of a far cry from the US price of $35. But even if you could stomach the cost, which you will most likely do, you might have to still wait in line. The device is currently shown as out of stock in Currys and PC World, but hopefully other regions are faring better.