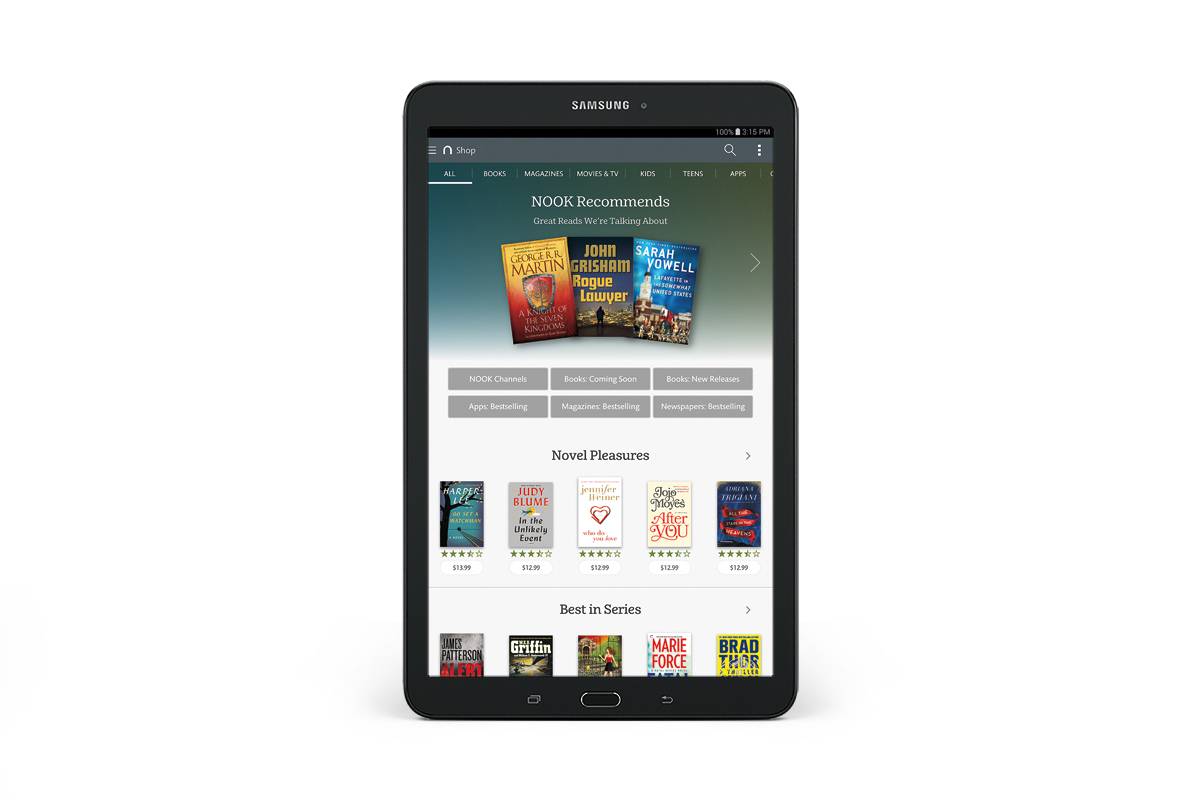 Nook is still alive even if the International Nook Store has closed. Thanks to Samsung for stepping up and working with Barnes & Noble to release the Galaxy Tab 4 NOOK which was followed up recently by the Galaxy Tab S2 Nook, also said to be the slimmest Samsung tablet to date.

Barnes & Noble still has plans to expand and it just announced its latest NOOK Trade-In/Trade-Up Promotion, as well as, the new 9.6-inch Samsung Galaxy Tab E NOOK. The new promo offer lets interested buyers to trade in their older devices to get a new NOOK tablet. If you have your old iPad, NOOK, Samsung, or Kindle tablets, you can trade in one unit and get credits worth up to $200 which you can use to buy a new NOOK. This promo runs until November 7 so if you’ve been planning to get a new new tablet, you may consider this one and head on to a Barnes & Noble Store.

The devices you can trade in include the following: NOOK 1st Edition, NOOK Color, NOOK Tablet, NOOK Simple Touch, NOOK Simple Touch with GlowLight, NOOK HD, NOOK HD+, NOOK GlowLight, and select Kindle, Samsung tablets, and iPad. The old NOOK tablets will entitle you to a $50 store credit or the discounted price for a new NOOK. Meanwhile, the other tablets from Samsung, Apple, and Amazon can give you anything from $25 or as much as $200.

Aside from the Galaxy Tab S2 Nook, there’s the Samsung Galaxy Tab E NOOK that promises a bigger reading and entertainment experience, thanks to its large 9.6-inch screen. The table is only $250–affordable for a device that size. It boasts secure and comfortable grip so it won’t slip from your hand. The bright display screen is great for reading, exploring the web, playing games, and watching your favorite movies and TV shows.

The large display really is what makes it attractive and ideal for watching. It may be large alright but it’s still portable, something you can easily fit inside your bag. It’s more of a family tablet and with the NOOK Profiles, each family member can customize his tablet home screen. For parents, this can be a great tablet to give your kids because of the numerous kid-friendly content from NOOK.

This NOOK tablet comes with Samsung’s Multi-Window feature so users can use two apps at the same time. You can watch a video on one side of the screen and then open Facebook or do some school or office work on the other. Other specs of the tablet include a 2MP-front facing cam, 5MP rear-facing camera, microSD card slot for memory expansion, 16GB built-in storage, dual stereo speakers, 1.5GB RAM, WiFi, 1.2 GHz Qualcomm APQ 8016 processor, and a huge 5000 mAh battery that can last up to 12 hours.