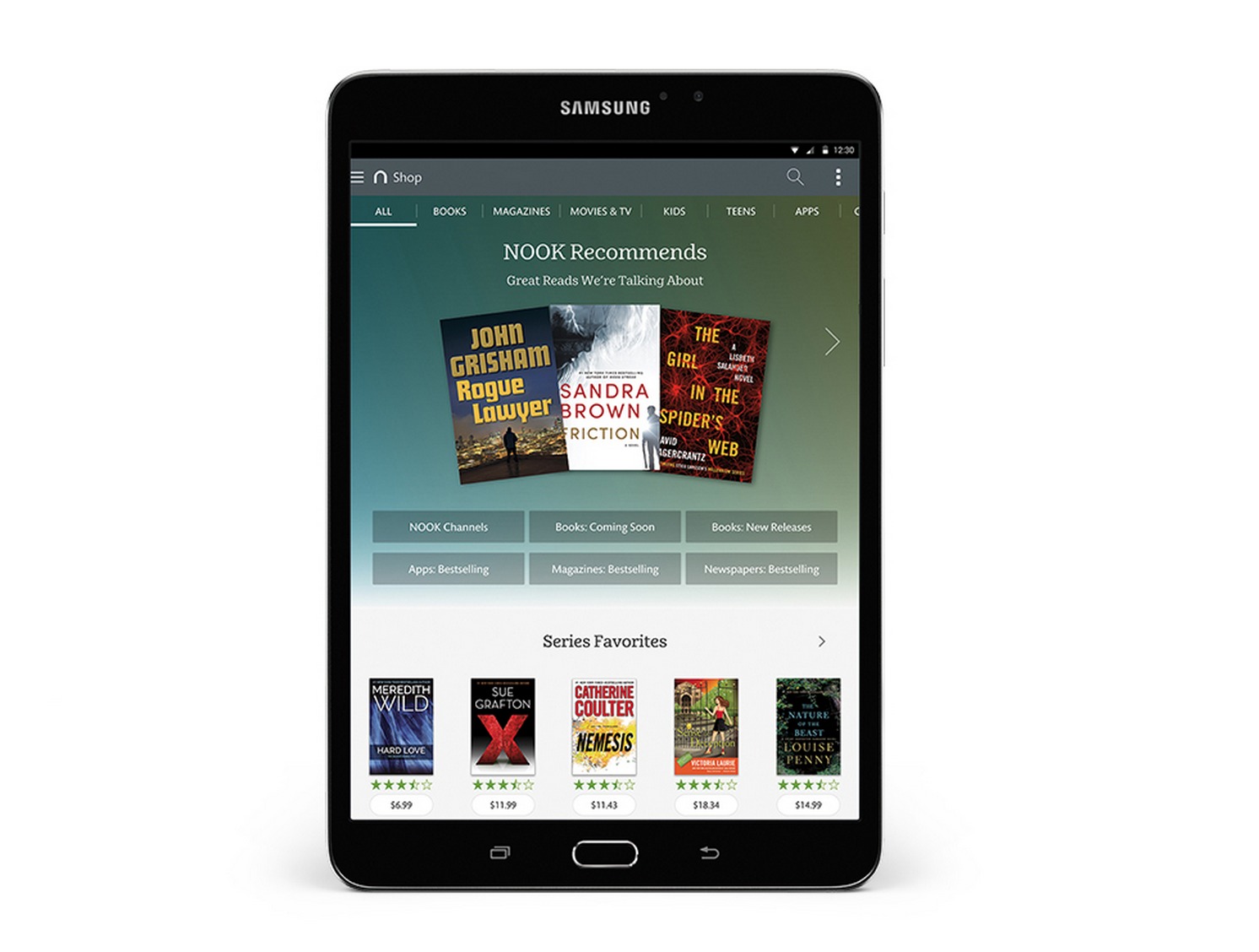 The International Nook Store may have shut down already, but that doesn’t mean that Barnes & Noble is already down and out. In fact, based on this newest announcement, their partnership with Samsung is still going strong. The two unveiled their newest collaboration, the Samsung Galaxy Tab S2 Nook which they say is the “thinnest, lightest, and ultra-fast” tablet right now from Samsung’s prolific line of gadgets. Just like the previous tablet co-creations, it is pre-loaded with reading and entertainment goodies from Nook.

In fact, the Galaxy Tab S2 is Samsung’s newest flagship tablet, this time given a Nook flavor with its reading and entertainment features. It is an 8-inch device with a Super AMOLED display that makes reading your ebooks and watching multi-media materials better. The 4:3 aspect ratio, for some, is the best way to read a book or a magazine on a tablet. The octa-core processor of the tab also makes it easier for users to multi-task and jump from one app to another. It also has Multi-Window features to allow you to use several apps simultaneously.

With the “bonus” entertainment material being offered in a Nook tablet, you need more internal storage for all those books and magazines and apps. It has 32GB standard but the SD card slot can be expanded up to 128GB, and hopefully, this should be enough. The tablet is pre-loaded with Microsoft Office Solutions for your productivity needs and the Nook Store for the entertainment needs. The latter includes more than 4 million books, comic books and graphic novels, children’s books, digital editions of magazines and newspapers, plus Nook Video with movies and TV shows that can be rented or bought.

The Galaxy Tab S2 Nook is already available at Barnes & Noble stores nationwide and on Nook.com for $399.99. If you’re a B&N member, you get 10% off. All who buy this tablet will get $5 credit on the Nook Store, plus three free books and three free magazines from their selection.