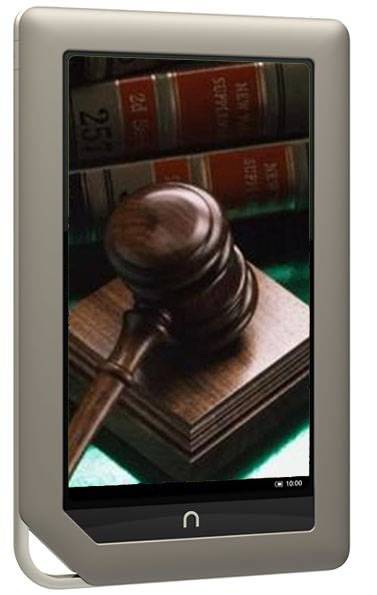 At least one manufacturer isn’t kowtowing to Microsoft’s Android licensing push: Barnes & Noble is actively fighting Microsoft’s patent litigation in court. As an added bonus, the bookseller has urged US regulators to investigate Microsoft’s patents and the claims therein. B&N asserts that Microsoft is trying to drive up the price of the Android devices it competes with, thereby making its own Windows Phone 7 more attractive to manufacturers and consumers.

The claims seem valid enough. 53% of Android devices sold already pay some sort of royalty or kickback to Microsoft, the result of some extremely aggressive court battles and the resultant licensing deals. HTC and Samsung are among the biggest players affected, and tellingly, they also make Windows Phone 7 devices – one can’t help but wonder what kind of tit-for-tat is going on behind closed doors. One of the primary compaints of Microsoft’s detractors, including Google, is that in most cases it doesn’t actually articulate which of its patents are being violated or how.

Barnes & Noble has a lot riding on Android, and having to pay Microsoft for every device sold won’t do anything good for its bottom line. Every Nook e-reader, from the lowly Nook SimpleTouch to the upcoming Nook Tablet, runs a modified version of Android designed to highlight Barnes & Noble’s digital library. As it continues to trade punches with Amazon in the marketplace, it has to go toe to toe with Microsoft in the courts, something that an official US investigation could only help. B&N hopes it can convince regulators to investigate Microsoft before the February court date.