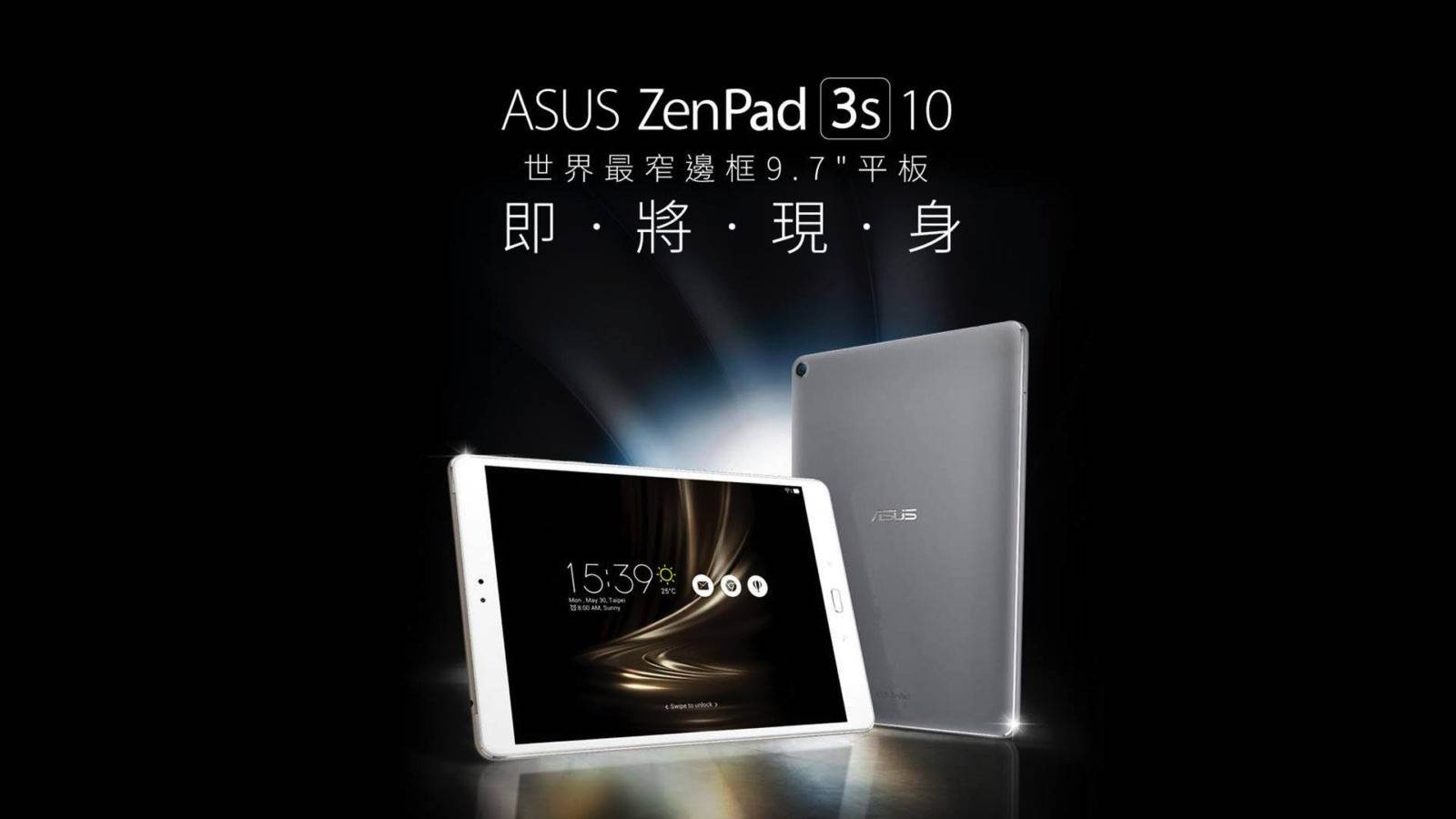 Taiwanese consumer electronics manufacturer ASUS is about to introduce the new Zenpad S tablet. This is a quick follow-up to the ZenPad 8 and ZenPad 10 announced earlier this month. The difference is obvious as the Zenpad 3S 10 is more premium between the first two models. The company is expected to roll out the new ZenPad in a special event this coming July 12 in Taiwan.

Known this early as the Asus ZenPad 3s 10, this Android tablet is believed to have a 9.7-inch screen, 2K display, 4GB RAM, 5900mAh battery, and Qualcomm Quick Charge 3.0 technology. Details are scarce but we heard it will be very thin at only 5.32mm which is about 0.2-inches. That’s very thin already so the number could also be just for the bezels around the front display. If true, then it will be even thinner than the Samsung Galaxy Tab S2 9.7.