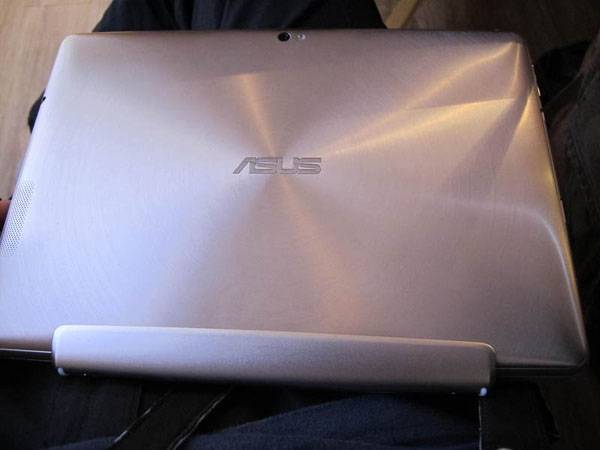 The ASUS Transformer Prime is set to be one awesome quad-core tablet, most likely rocking Android 4.0 Ice Cream Sandwich and the NVIDIA Tegra 3. Today its been spotted along with its keyboard dock friend showing off its sleek design and aluminum frame. It was recently teased on video and ASUS has also launched an official page for the Prime.

First seen in the wild a few days ago with some ASUS execs at the AsiaD show, today we are getting another look at the hardware posing with its main selling point. That being the keyboard dock that “transforms” it into a powerful notebook machine. You can see the similarities although this time around they’ve gone for a brushed aluminum design and some fancy black chicklet-style keys. Looks a bit like a MacBook if you ask me, but that isn’t a bad thing. 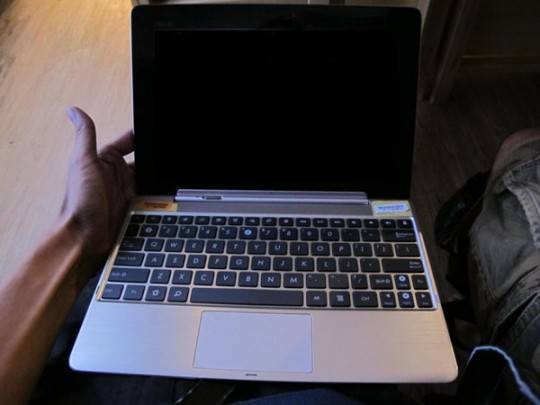 These spy shots of the new tablet and keyboard dock were found on a chinese website but were quickly taken down. Our friends from Notebook Italia were quick enough to save a few for our viewing pleasure. We have a 10″ display as usual along with some audio ports, micro-HDMI and a micro-SD slot as well. While being shown at AsiaD it was also stated that we will get an official announcement and full details on November 9th. We expect to hear some juicy details regarding that new quad-core processor inside and Ice Cream Sandwich so be sure and stay tuned for the full details come November 9th.