It seems that ASUS is rather serious about pushing it PadFone line to the forefront. Not only has it just unveiled the ASUS PadFone Mini, it seems that the company already has one or two other PadFone devices already in the pipeline, with an ominous-sounding PadFone X being the latest leak.

Last week, ASUS announced the PadFone Mini in Taiwan, a smaller and, unsurprisingly, slightly weaker version of the PadFone Infinity. Not only that¸ CEO Jerry Shen clearly laid out the company’s business plan for the rather interesting device line. According to him, there will be two strains of the PadFone brand. Markets in the US and Europe will be treated to more powerful models, probably the successor of the current high-end PadFone Infinity. The rest of the markets will have to make do with lower and more affordable variants, probably represented by the PadFone Mini.

The ASUS PadFone X appeared almost out of nowhere and was only discovered thanks to an entry in AnTuTu’s benchmarks. It already reveals a lot of what may be ASUS’ next PadFone. This one runs on a Qualcomm Snapdragon 800 and is outfitted with 2 GB of RAM and 16 GB of data storage. Perhaps the most interesting spec in the list is the 1920×1200 pixel resolution, which is quite tasty if it is indeed the smartphone half that was being tested and not the tablet dock. And it will be running the latest Android 4.4. In addition to the PadFone X, there is also the PadFone E T008 that was seen at the Bluetooth SIG last week as well. 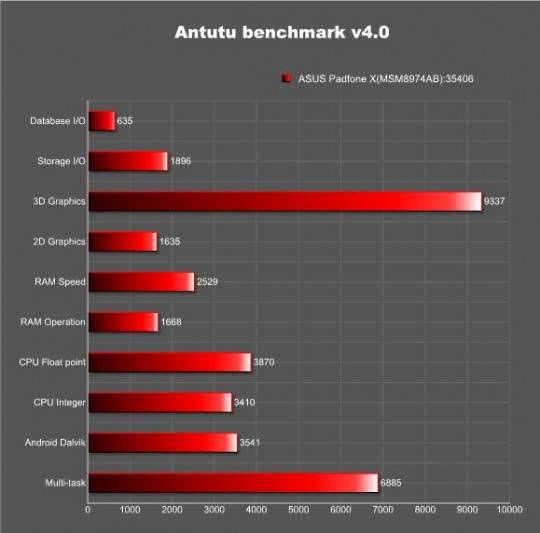 It may be too soon to speculate but it will indeed be quite interesting to see this PadFone materialize and, perhaps more importantly, make its way into the US. And perhaps it wouldn’t be too much to have a bit of hope that the keyboard dock will also be returning with it.