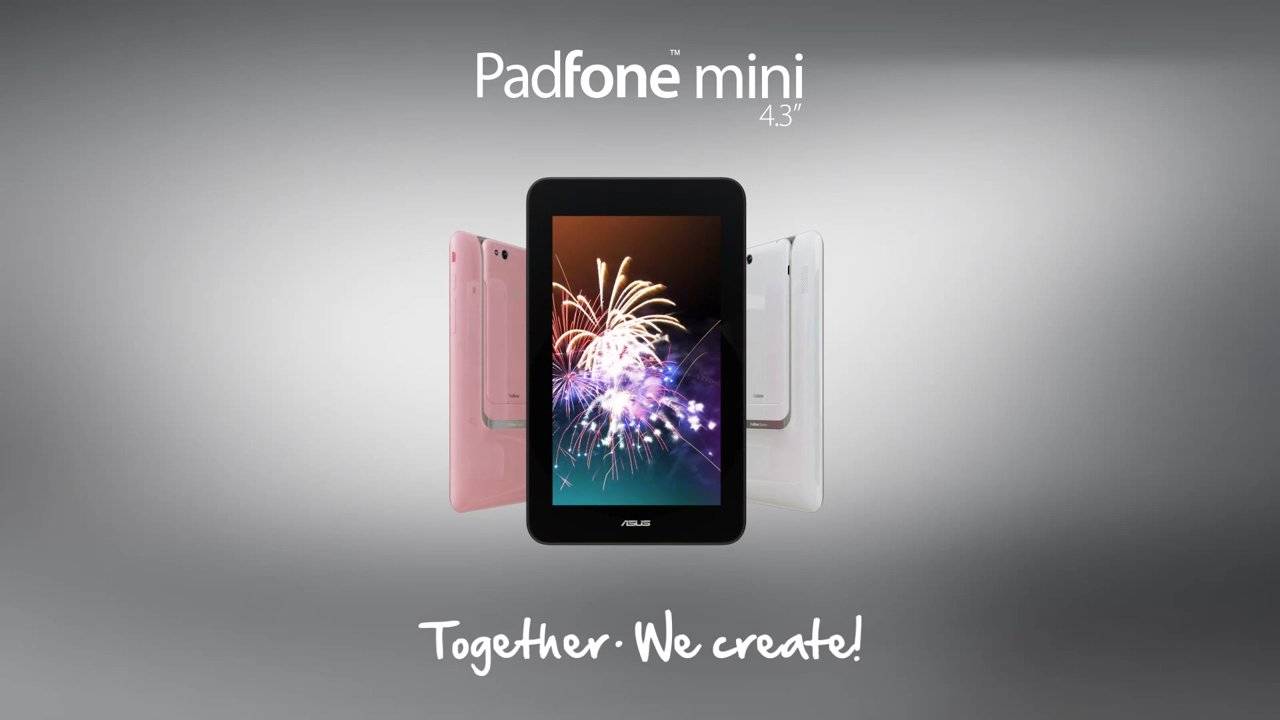 In the tradition of offering less powerful, and hopefully less expensive, versions of a hit product, ASUS has unveiled the ASUS PadFone Mini in Taiwan. So far, all the rumored specs have panned out, making this unique device somewhat of a disappointment but, at the same time, probably a more affordable alternative to those who want such a hybrid device.

The smartphone itself clocks a bit larger than previous speculated specs, with a 4.3-inch diagonal span. The resolution, however, was on the mark at 960×540 pixels. The phone runs on a 1.4 GHz quad-core Qualcomm Snapdragon 400 CPU, with 1 GB of RAM and 16 GB of internal storage. Buyers will also be given 5 GB worth of ASUS WebStorage and can also opt to expand capacity with a microSD card. The smartphone has an 8 megapixel rear camera with an LED flash and f/2.0 aperture, while the front sports a 2 megapixel camera. The tablet dock measures 7 inches and has a screen resolution of 1280×800. It also sports its own 2200 mAh battery. Together, the contraption will weigh 415 g, combining the smartphone’s 105 g with the tablet’s 310 g weight.

While the PadFone Mini’s reason for existence might make sense on some level, offering buyers another size option, the recently seen PadFone E doesn’t. This latter one seems to be a hybrid of a hybrid form factor, offering a 4.7-inch smartphone that is only slightly smaller than the PadFone Infinity’s 5 inches but, at the same time, gets paired up with an equally large 10.1-inch tablet dock. Below is ASUS’ promotional video for the PadFone Mini, which shows the device with dual SIM support similar to the rumored PadFone E.

Details of the availability of the ASUS PadFone Mini have not yet been disclosed and it is unknown which Taiwanese carriers will be offering the device. It is, however, expected to sell for 11,900 NTD, or around $400. Three color options of chocolate black, white, and cherry milk were advertised but only the black models are available so far.