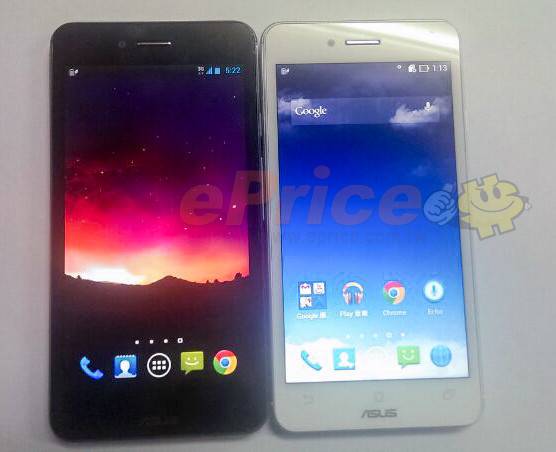 Word has been going around that ASUS is working on a refreshed version of its new PadFone Infinity phone/tablet hybrid. We’re now getting a glimpse as to what the rumored device might look like as well as when we’ll start seeing one out in the wild.

The original PadFone Infinity, with the model number A80, was unveiled by ASUS at the Mobile World Congress last February. It comes with a 1.7 GHz Qualcomm Snapdragon 600 processor, 2 GB of RAM, 64 GB of internal memory, and a 5-inch 1080p display. Of course, the selling point of this smartphone is its Infinity Station, a tablet companion that acts as a larger screen for the smartphone. The tablet also houses an additional battery that gives the PadFone Infinity some additional life. We got a quick chance to hold both the smartphone and the tablet in our hands, which you can read about here.

The new PadFone Infinity A86 is expected to come with an upgraded 2.3 GHz Snapdragon 800 processor. It seems that it will also now come in white front and back covers, in contrast to the original’s black front and brushed metal back cover. Other than that, there will not be any other difference between the two models. Accessories, such as the Infinity Station, are expected to work on both, so no need to buy new ones.

The PadFone Inifinity A86 is expected to be priced at 10,009 yuan, roughly $1,635 and should be available in Taiwan starting mid-September. There was talk about the first PadFone Inifinity geting a US release, but that has so far not yet happened. There is likewise no news whether this new one will become available in the US either.