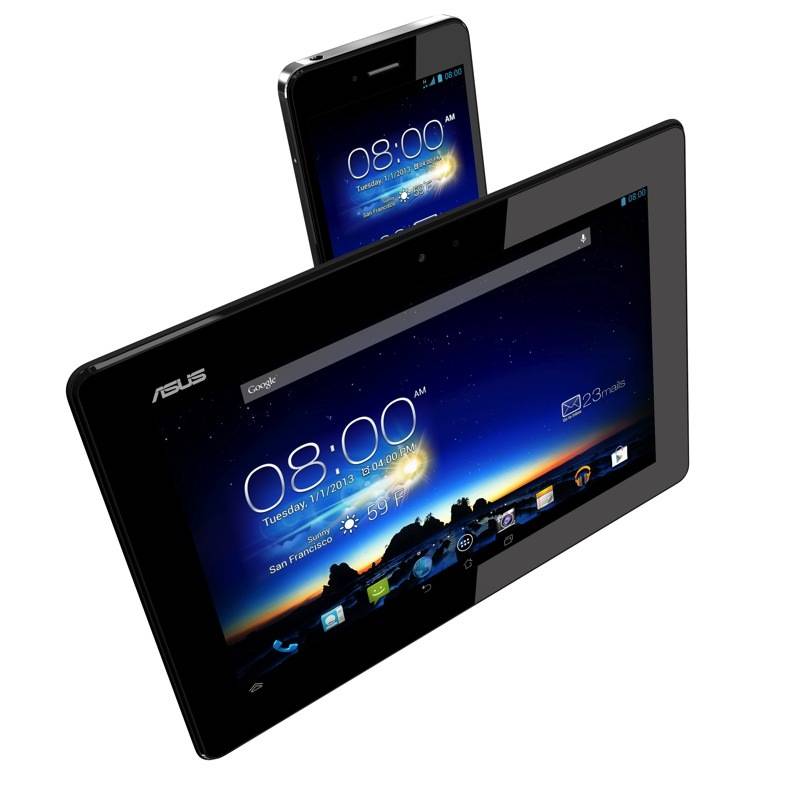 Coming off some recent teasers, ASUS has officially announced the PadFone Infinity during Mobile World Congress. The PadFone Infinity is a 5-inch smartphone that when docked with the Infinity Station, it becomes a tablet. ASUS has yet to reveal the full set of release details, however they have said that is should arrive this April and priced from £799.

The price point should give a clue as to a release, so far ASUS has talked about the UK. The previous generation PadFone devices never made their way into the US and so far, there hasn’t been any mention of it coming this time around. Diving in with what has been detailed — the specs. Aside from the 5-inch display on the PadFone Infinity, the display will be 1080p (1920 x 1080) and with a ppi of 441.

Other specs include a quad-core 1.7GHz Qualcomm Snapdragon 600 processor, 2GB of RAM, 32/64GB of storage, 2 megapixel front-facing camera, 13 megapixel rear-facing camera and HSPA+ and LTE connectivity. The handset will also have the expected goodies such as Wi-Fi, Bluetooth 4.0, GPS and NFC. In terms of the operating system, you can expect Android 4.2 Jelly Bean.