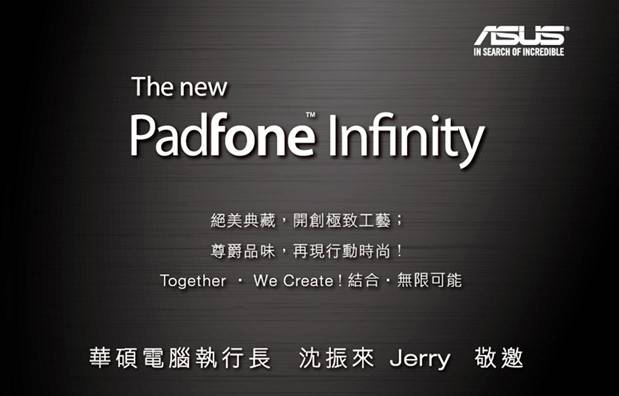 The IFA trade show may be over, but that’s not stopping ASUS from announcing its refreshed PadFone Infinity, which it has apparently scheduled to happen next week in Taiwan. It seems like we will finally get to see if this new PadFone Infinity will have other surprises in store for us.

The ASUS PadFone is a line of smartphones that has one defining characteristic: a tablet accessory that serves as a dock as well as an extended display for the device, effectively transforming a smartphone into a tablet as the need arises. The concept sounds both strange and convenient at the same time, and seems to have been successful enough for ASUS to continue the device line.

The company unveiled its latest iteration, the PadFone Infinity¸ early this year although the device has yet to land on US soil. You can read about our initial experience with the device here. A few weeks ago, we got word, and some leaked photos, that ASUS has an updated version of the PadFone Infinity in the works. The new PadFone Infinity, with a model A86, sounds almost the same as the old one, except for an all white color option, and, perhaps more importantly, an upgraded quad-core Qualcomm Snapdragon 800 processor.

It was mentioned that the new PadFone Infinity will be compatible with the older model’s accessories, but we don’t know all those options yet, like whether it will have a keyboard dock again this time. Whatever other secrets it holds, we’ll know for sure when ASUS CEO Jerry Shen unveils the device in Taipei Tuesday next week.