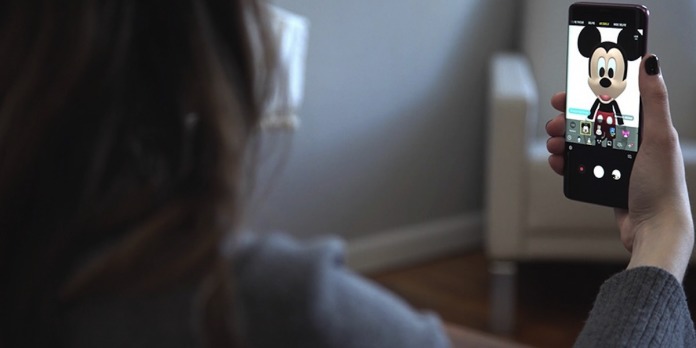 Samsung launched the AR Emojis first on the Galaxy S9, S9+, and the Galaxy Note 9. The My Emoji Maker app is believed to be arriving on another premium Galaxy phone–the old Note 8. We’re not doubting this move as the Note 8 owners deserve to enjoy the AR Emoji feature which will be delivered by a software update. The same update is also said to be the Super Slow-Motion camera modes. This firmware update for the Note is being rolled out slowly so watch out for any alert or notification.

The N950FXXU5CRHA firmware is ready for the Samsung Note 8 in key global markets. It will officially add the Super Slow-Motion camera feature and the AR Emoji.

This means you can transform your photo into your favorite Frozen character or as Mickey Mouse or just about any other AR emoji available in the mobile app. Voice and facial movements will be copied exactly by the AR emoji.

The Super Slow-Mo feature allows the phone to capture 0.2-second of video at 0.4s at 480fps in 720p (manual mode) and 960fps in 720p resolution (automatic mode). Those Note 8 owners in France are reportedly receiving the firmware first. We’re assuming the next Galaxy phone to receive the feature will be the Galaxy S8 duo.

The update includes the September 2018 security patch. Check your phone now to see if there’s a related notification.