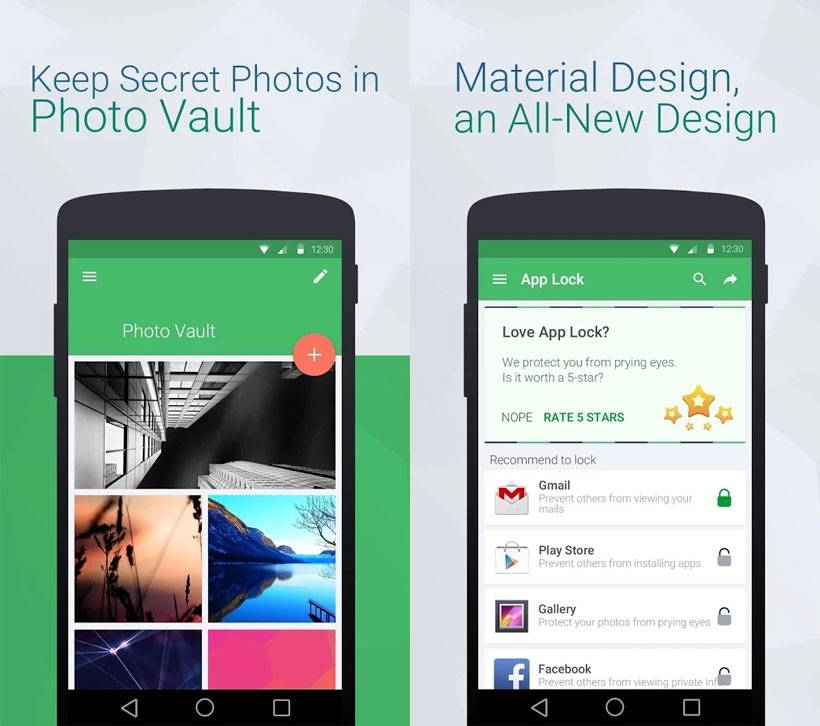 There are plenty of apps on the market that will lock down apps and photos on your smartphone or tablet. We have talked about some of them in the past such as Droid Protector, Lockit, and BitDefender Mobile Security. It’s always good to have more choices and a newly updated app called App Lock & Photo Vault gives us another choice.

The app was recently updated and among the new features is Material Design giving it a very polished and high quality look. Developers of the app say that it has become more secure with the new update. One of the key changes in the update is that it is now faster by up to 50% than the older version.

Additional languages are supported with 27 dialects now available. With the app installed, users will be able to lock apps on Android such as Messages, Email, Facebook, and Contacts. The app promises to take up about half the phone memory as competing apps.

App Lock is free and has no ads you have to see each time you use the app. Another key feature is that the app gives a photo vault with the ability to hide and encrypt photos locking them away behind a PIN.