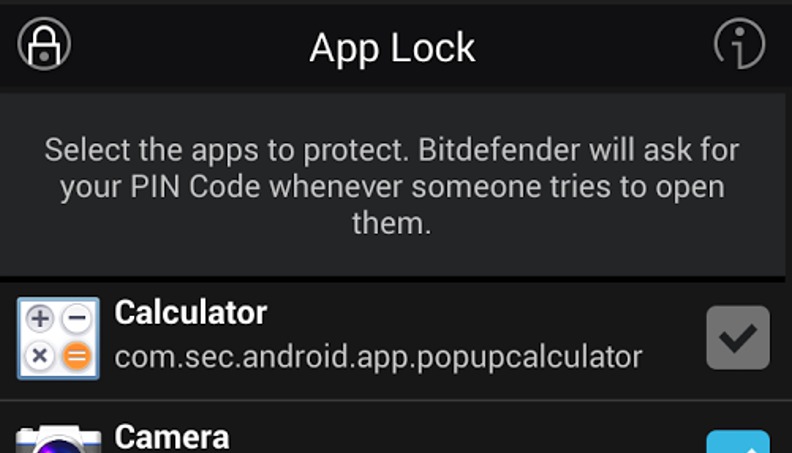 BitDefender, a brand easily associated with anti-virus and security software, has updated their Mobile Security Android app with an important new feature. With the new App Lock function, users will be able to keep prying eyes and fingers away from certain apps and sensitive data.

A number of Android app launchers provide a way to hide certain apps, but those with a bit of know-how can easily compromise such a simplistic privacy feature. Some manufacturers are now starting to include what they term Private or Guest modes that limit what users other than the device owner can do on the device. But unless you own one of those devices, you’re a bit out of luck and will have to rely on other means.

One such tool is BitDefender Mobile Security, which has just added App Lock to its growing list of features. Using App Lock is quite easy. First time users will be required to setup a PIN code of 4 to 8 digits that will be used to authorize the use of a locked app. Once done, device owners can pick and choose which apps will be protected by that PIN. You can even include the BitDefender app itself to ensure that no one else can change those settings. From that point on, trying to launch a locked app will require entering the proper security code.

BitDefender Mobile Security is free on Google Play Store but has in-app purchases. If you’re wondering why that is, it’s because it is only free for 14 days. After that, if you wish to continue using BitDefender’s features, you’ll have to pay $9.95 annually to reactivate the app.