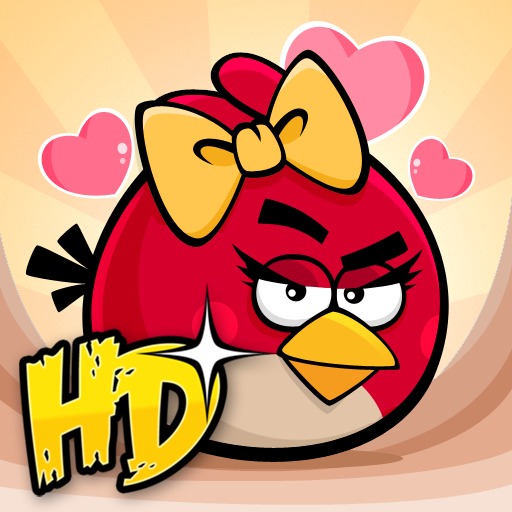 If you’re a fan of Angry Birds, and you know we are when we’re not feeling cynical, you’re pretty pumped up about the oncoming expansion to be released on Valentine’s Day. Very little has been known about this project, which up until this moment has been called “Pink.” What we know now, thanks to out best buddy Ina Fried, is that this Angry Birds expansion is called “Hogs and Kisses,” comes in HD for iPad (and hopefully something similar for Honeycomb,) as well as its standard Android and iPhone/iPod Touch versions, and apparently it’ll be out sooner than expected – next week soon!

We DID think it was a bit strange to release a holiday themed expansion for a game the day of the holiday – the feeling of warmth in your heart would only last one day! So this move does make a whole lotta sense. As you can see in the game, it appears to be essentially the same situation as we’ve had in previous expansion, the backgrounds of course different, and falling hearts (or floating hearts?) instead of the leaves or snow of previous holidays. There are some new bits, it seems, including wings attached to blocks, flying pigs with bows and arrows, and a few new bonus hearts (these being the same as pumpkins or presents in previous versions.) Also there’s cloud blocks, which we assume will work similar to snow blocks in their floatiness and ease in breaking. Check out the high-res gallery of screenshots below: