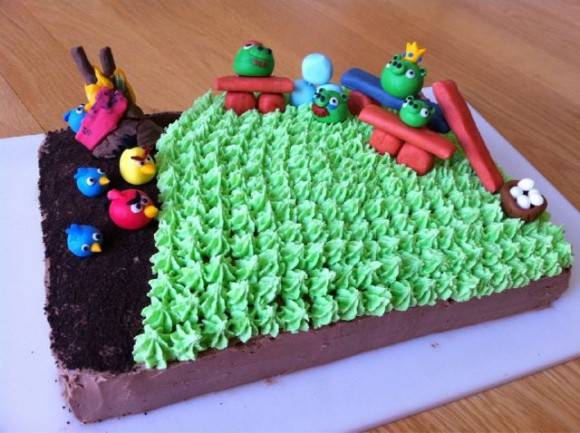 First of all, no, “tired and boring” is not the name of the next expansion. Let’s talk for a moment about Angry Birds, the franchise. It’s a game that’s available for Android, iOS, soon to come to a plethora of different platforms, and it’s a board game. And they have toys made of the characters, they plan on making a television show out of it, and they want to make a movie. And there’s cakes. So many cakes made of Angry Birds and their pig adversaries. The cake you see below this paragraph is the death cake. A nice lady from a different state made this cake for a very good purpose (to eat it,) but it marks the end. Angry Birds has run its course, and we’re right here calling it dead in the water.

I know it’s harsh, and I know a lot of people still love it, but those people have only played this game for a week and they’re simply not exhausted of the exact same premise over and over and over again. When will the people realize that games like this are not only ruining the Android platform, but they’re making us as consumers stupider as we accept this game as a full fledged production.

In the same way Hollywood is presenting the new endless torrent of vampire movies and the forever bottomless pit of romantic comedies that has been being harvested for decades, this game is good for a single date, and only if you want that date to end badly. Rovio – time to move on. Complete the series now or you’ll go the way of the Beanie Baby, and there’s no grocery store endcap for mobile apps.