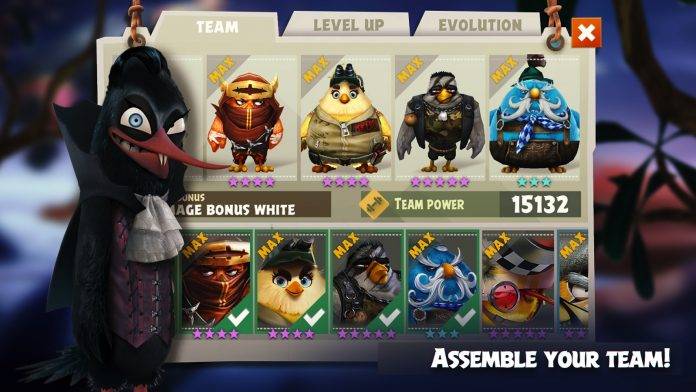 We haven’t featured Angry Birds lately. The last one was in December when we shared that the Angry Birds Blast became available for Android devices. That was after the Angry Birds 2 Fall update and the Angry Birds Action! was released earlier last year. This time around, the Angry Birds Evolution is a new role playing game that will make you remember the time when you first got addicted to the original game.

We’ve lost count of how many versions of the game we’ve played but this Angry Birds Revolution is different as a 3D RPG. It’s guaranteed to be packed with a lot of action and new adventure of kicking the pigs out of the Bird Island. You don’t just need to collect all the new birds you can try. You can even evolve some into bigger or more powerful birds. Like the previous titles from Rovio, this is another hilarious game that will require you to train those birds and eventually launch them as a more evolved species.

This new game is yet to be available in the United States but you can pre-register HERE for notification. Once ready, you can soon start joining weekly events to crush those annoying pigs in battles, complete against players, and try to finish an epic adventure of a lifetime. Game will be free to download initially but some in-app items can be purchased.