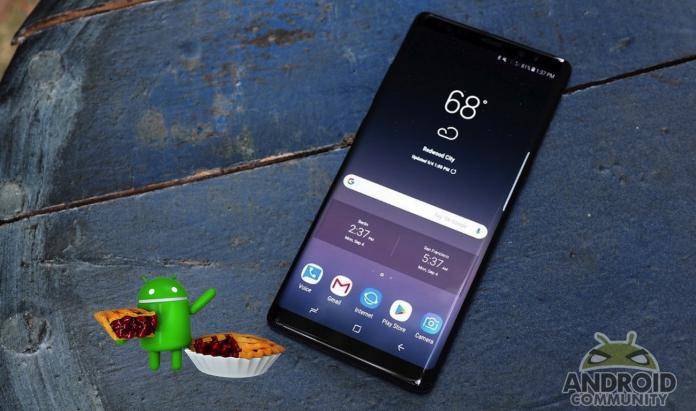 The Android 9 Pie OS upgrade is now official for the Samsung Galaxy S9. We know the Galaxy Note 8’s versions is also being tested as we learned back in November. Other Galaxy phones are set to receive a serving of the Pie but between the Note 8 and the Galaxy S8, the Note may receive Android 9 first. The Note 8 is more recent than the S8 so we understand if it will be easier for the South Korean tech giant to develop Android 9 Pie for it. Not that there will be major differences but we know the Note 8 is closest to the S9 and S9+.

Android 9 Pie beta has been served out to the Samsung Galaxy Note 9. It already contains One UI but also in beta. We’re expecting adoptable storage to be available on the Note 9.

As for the Galaxy Note 8, we’re assuming One UI is already included as Samsung’s latest Android skin. The Samsung Experience is being replaced by One UI so don’t be surprised if you notice major changes on the user interface. The same Android 9 Pie One UI will also be ready on the Galaxy S8 and S8+.

This 2019 may be different for the Galaxy Note and Galaxy S because the Note8 will get the Pie ahead of the S8. It may only be bad news to S8 owners but definitely awesome news for those who own a Galaxy Note 8.

Anything can still change but below are detailed information when a particular Galaxy phone will receive the upgraded One UI for Android Pie.

We released a similar list last month but we notice some changes. The Note 9 is getting Android Pie earlier this January instead of February. The Note 8 is getting it earlier as well. We see some additions like the Galaxy A6 and A6+.