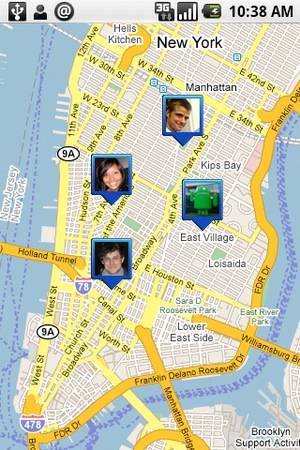 The Android platform saw quite a bit of noteworthy news this week. The most notable was the release of RC-33, the latest update to the Android OS, pushed over-the-air to G1 devices. This update adds a few new features, though blatantly missing are the famed “Cupcake” features such as the on-screen soft-keyboard. RC-33 now allows the user to save MMS attachments to their SD card, utilize Google Voice Search, and check for new software updates directly from the device.

Also included in the RC-33 update, and being pushed to other devices with Google’s Maps application, is Google’s Latitude. It utilizes a device’s AGPS and other wireless location-based networking abilities to show where your contacts are in the world on the included Maps app. Latitude is also being deployed on other platforms such as Blackberry, Windows Mobile, and Palm. It is expected to make its way to the iPhone in the Google Mobile app or possibly integrated into maps with the next software release.

Followed closely by the official release of RC-33, JesusFreke and others have cooked up JFv1.41-RC33, a custom build of the latest software. It includes all new features of RC-33, and builds in previous hacks to enable an implementation of multi-touch, auto-rotate using the accelerometer, and allows easy access to the root file system of the phone. Notably missing from the cooked update is the RC-33 radio firmware update, which is instead included as a separate install file.

Broadcom has announced availability of a driver compatible with Android for their combination wireless chips. The chips combine WiFi, Bluetooth, and an FM radio tuner into one compact component, allowing manufacturers to add more functionality on a smaller footprint.

Finally, we got wind of new Android handset possibilities for 2009. Samsung is highly anticipated to release an Android handset at MWC ’09, and Motorola has announced their new focus on Android as a mobile OS for their 2009 handset lineup. 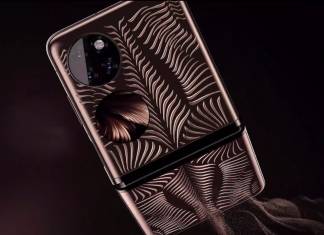 Rei Padla - January 27, 2022
Huawei may be restricted in many ways but the Chinese OEM launched its very own foldable clamshell phone before 2021 ended. The Huawei P50...