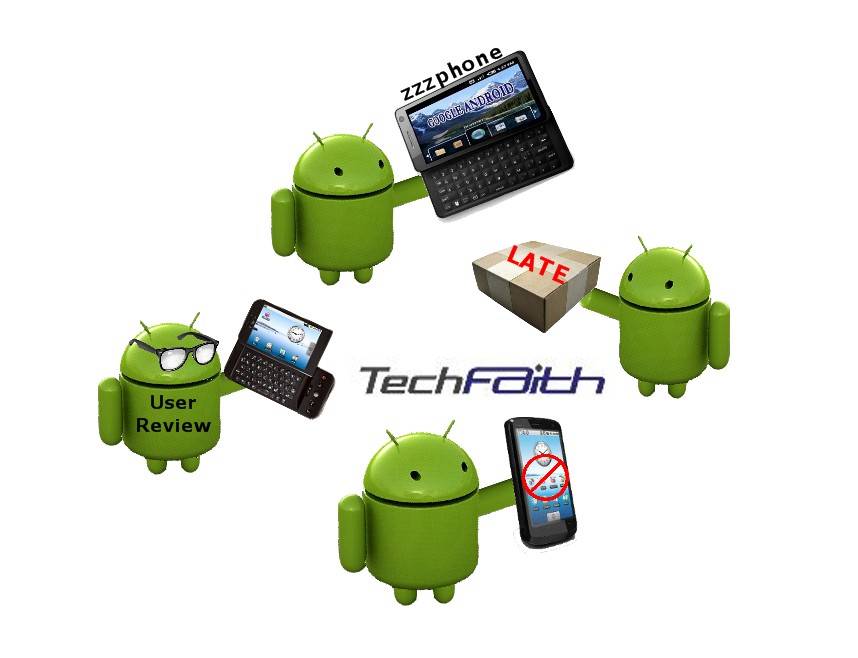 This week started with some bad news for those who got their T-Mobile G1 pre-orders in late. Pre-orders made after October 3rd will not be receiving their G1 till November 10th, 2008 at the absolute earliest. It looks like lining up in front of stores on release day is the only way to get a G1 on launch day for some.

China-based phone company zzzPhone started advertising that they will start selling Android-powered devices. Judging by the poorly mocked-up representation of the phone, with pictures of existing phones with the word Android pasted on them and the improper spelling and grammar on the site, I would be wary of ordering from them. There was a rumor that T-Mobile was prepping their own version of the HTC Touch HD for Android, although it was quickly shot down when word got out that the Touch HD will not be released in the US.

TechFaith is reported to be releasing an Android-powered handset in early 2009. The company helps provide wireless solutions for Open Handset Alliance (OHA) members Motorola and LG. One Android Community member had a chance to play with the G1 and reported to our users in what was the first user review of the G1. While he listed pros and cons, most people focused on only the cons such as the “stutter” when opening applications and having a memory flaw that required the device to be reset in order to restore operation. Other members have since proved this to be untrue with later builds of the software; we’re hoping T-Mobile, HTC and Google have as many bugs as possible ironed out before the official launch.