This week in Android news has been full of tablets, market share growth, Google Music, Bing and even more tablet news. We have seen many tablets announced this week with 5 of them being from Archos alone. The tablet market for the Android platform is shaping up and growing quickly, but even that didn’t stop Google from giving their 2-cents on tablets using their Android OS. 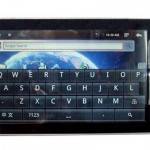 This week Google let everyone know that Android 2.2 (Froyo) is not optimized for tablets, and may even go as far as blocking access to their Android Market on devices larger than a mobile phone form factor. This came as no surprise because the Android system is simply not made for tablets and Google wants users to experience the best possible experience with all of their software. 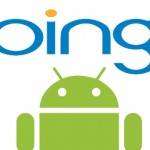 Another big story of the week was Verizon’s apparent announcement, then clarification, of Microsoft’s search engine Bing. It all started when Samsung’s Fascinate was launched with Bing preloaded as the default search engine with no apparent way to change it. The internet blew up with accusations of Verizon making it the default search engine on all of their future devices. After this blew up on the net, Verizon came out with the statement that follows:

“…that is not true. We have a relationship with Microsoft and Bing is the search engine on our multi-media phones but we have never said it would be exclusive on all of our devices.”

And finally this week, sources were saying that Google really wants to have released their much anticipated iTunes rival, Google Music, by Christmas of this year. As of now, they have not currently been in talks with music labels, but if they were to get this service up and running along with Android 3.0 at the end of this year, they should be starting to get deals ironed out very soon.