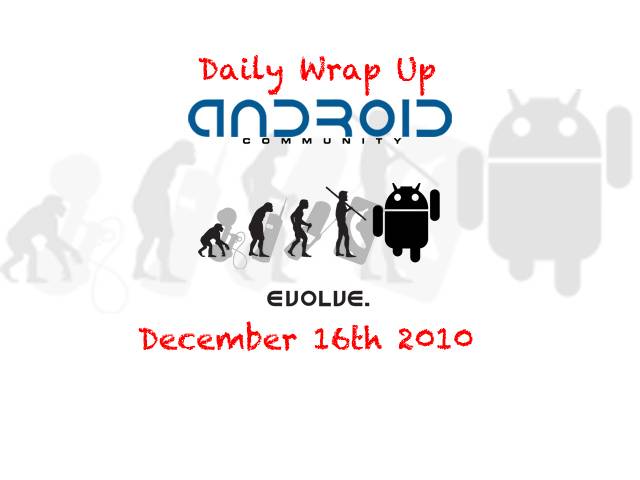 It’s the 16th of December and as we near the holidays and the end of the year, news is somewhat slow, we expect this to fully change come January with CES 2011. Have you not entered our Google Cr-48 giveaway? You might want to get on that as, if you win, you’ll be one of the first to experience the Chrome OS on the Cr-48 before its launch. For the rest of the news covered here at Android Community, check below!