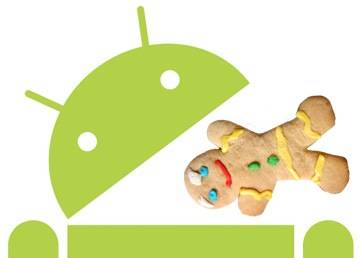 Google’s naming convention was supposed to make differentiating Android releases easier, but Gingerbread seems to have come out half-baked. Launching alongside the Nexus S, still the only phone to officially run Android 2.3, it’s now confirmed that Android 2.4 will not only be arriving imminently, but also bear the name Gingerbread.

As rumored earlier in the year, that has meant a delay in non-Google Gingerbread handsets. At the time, it was suggested that Google was trying to keep the field clear for the Nexus S, maintaining the Samsung’s flagship status for as long as possible until dual-core phones arrived, but it now seems that the delay has been to give Android engineers time to bring 2.4 up to speed.

Android Community spoke with HTC in a pre-MWC 2011 briefing, and the company confirmed that its new range would arrive with Android 2.4 rather than 2.3. The exact differences weren’t specified – HTC described them as having “no impact on the user” and being mainly bugfixes – but we’ve also heard that 2.4 addresses the compatibility of apps that have been written for dual-core devices (such as Android 3.0 Honeycomb tablets on chipsets like Tegra 2) running on single-core handsets like the Nexus S.

Where that leaves devices like the Sony Ericsson XPERIA Arc – which the company insisted would launch with 2.3, but which has been spotted running what was listed as 2.4 – is unclear. Android 2.4-based handsets have proved rare when it comes to in-the-wild sightings, with HTC’s prototypes in Barcelona last week actually running 2.3.2. The company has said the first of its Gingerbread phones will arrive in early Q2, aka April 2011, at which point we’d expect the Nexus S – and perhaps the Nexus One – to get an Android 2.4 update as well.