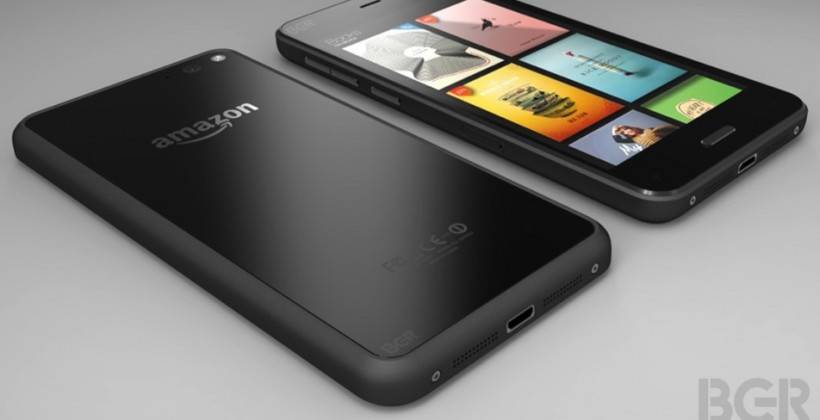 Time and again, we’ve been flooded with rumors and leaks about an Amazon smartphone, but time and again we have been left with nothing. The latest round of rumors do nothing to assure us, but at least now we have something quite fancy to look at.

The image above is a 3D render rather than an actual photo of the device, which would have probably tickled us pink, meant for graphic designers to use in marketing materials. Naturally it looks quite polished, though it doesn’t really betray any of the almost incredulous features we’ve been hearing lately. It does, however, show us what is supposedly the design that Amazon is going for. Amusingly, it combines the almost unmistakable form of an iPhone with something that looks like Samsung’s home button.

Amazon smartphone rumors almost always bear some rather fantastical predictions, and we’d be shocked, but also pleased, if they all came true. A bit on the more realistic side is the 4.7-inch 720p display that is said to be large but easy to operate with one hand and a quad-core Qualcomm Snapdragon. We’ve also heard rumors of a total of six cameras on the device, four or five of which face the user in order to implement tilt and gesture controls like a Jedi.

But beyond the device itself, there is also talk of a partnership with AT&T tentatively called Prime Data. Pretty much like the controversial Sponsored Data launched by the carrier early this year, this bundle subsidizes users’ Internet activities. However, there are limits, of course, and given the name we can only presume that Amazon will only be paying for the streaming Prime services. It wouldn’t be too far-fetched to imagine Amazon resorting to such tactics in order to start with a bang and get a foot in a crowded market. Only time, and an actual device announcement, will tell if all, or any, of these will ever come to pass.