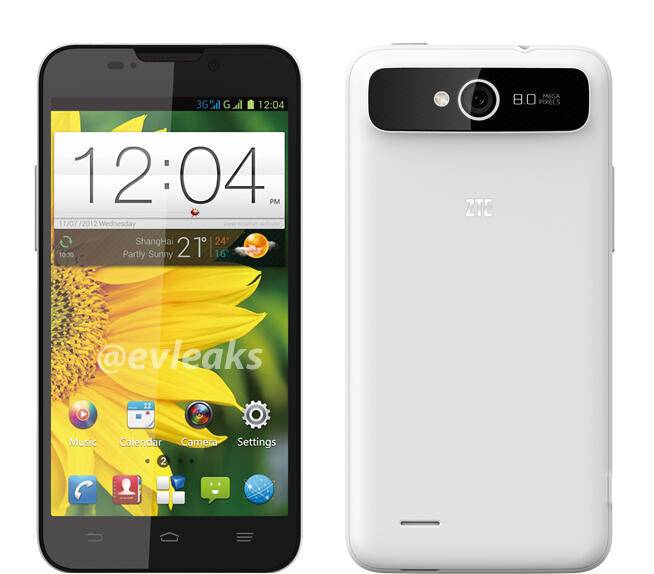 The Grand X Quad is shown as the ZTE V987 and coming by way of the TENAA database, we have already seen the majority of the specs. The handset will be arriving with a 5-inch capacitive display with a resolution of 1280 x 720. Other specs include a quad-core 1.2GHz processor, 1GB of RAM and Android 4.1.2 Jelly Bean.

As evident by the image above, the Grand X Quad will be sporting an 8 megapixel rear-facing camera. Of course, the usual goodies such as Wi-Fi, Bluetooth and a microSD card slot can also be expected. Looking back we also saw mention of the V987 in January. At that time we also saw details of the battery, which will be a removable 2500 mAh.

All said and done, it looks like we now have a decent image and set of specs for the Grand X Quad — now we just need to see something regarding the release and pricing. On that note, this should be a lower priced device and one that will likely not make it to the US market. We should however see it come available for those in China.