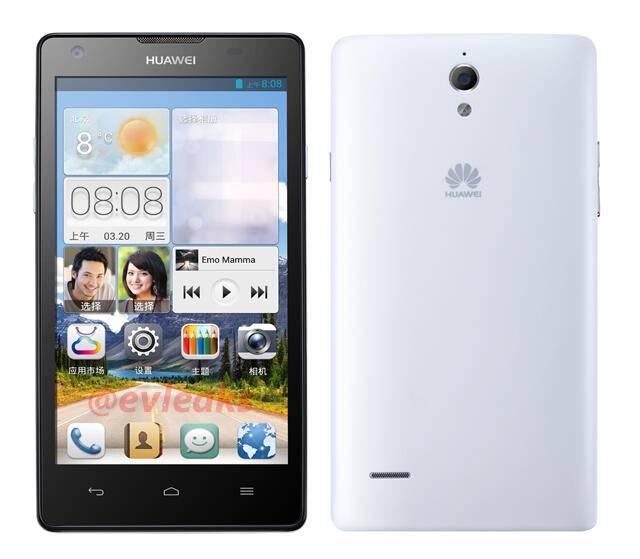 The specs are still at a minimum, however we are now being given a rather clear look at the Huawei Ascend G700 smartphone. The images are offering a look at the front and back and appear to be the press shots. Huawei has yet to offer any official details on this particular handset and so far what we are seeing is coming by way of leaks.

Basically that is to say that details could change before an official announcement. With that warning out of the way, it is looking like the Ascend G700 will have an HD display, quad-core MediaTek MT6589 processor and Android 4.2 Jelly Bean. Otherwise, the handset is also expected to be available in two models — one with W-CDMA and one with TD-SCDMA support.

So far nothing solid in terms of the processor speed. The display has been pegged at 5-inches, however we have yet to see if that claim of HD means 720p or 1080p. We certainly hope for the latter, but suspect it will be the former. Time will tell which way that is going to fall. Given these images appear to be the official press renders, we suspect Huawei will release some details sooner rather than later.

Otherwise, while we wait from the official word from Huawei, we will remain on the lookout for anything additional in terms of specs and release plans. Given what we have seen up until this point, it seems more than likely the Ascend G700 will at least be available in China.