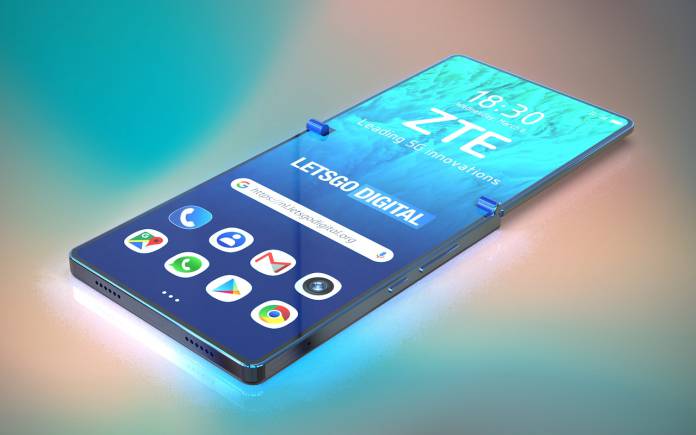 Aside from Royole, the company that rolled out the first commercially available foldable phone called the Flexpai, other OEMs have started with their foldable phones. Samsung already launched the Galaxy Fold and soon was followed by the Huawei Mate X. There have been numerous comparisons already but we’ll get to confirm everything once the two roll out in the market. Even before those foldable phones were introduced, ZTE has the Axon M as a dual-screen phone. It’s not exactly foldable but it gave us a glimpse of the future of foldable-flexible devices.

The ZTE Axon M isn’t a true foldable phone but the Chinese OEM is working on one. Over a year ago, we said ZTE may be planning more “folding phones” like its Axon M. The company filed a patent for a foldable phone with a tablet design.

LetsGoDigital shares image renders that will once again make you imagine the future ZTE foldable phone. The recently published design was actually filed last year with the World Intellectual Property Office (WIPO). As usual, the phone has been rendered immediately.

The phone here looks more like a clamshell phone minus the hinge. We’re guessing the same design as the next-gen Moto RAZR foldable phone.

The foldable ZTE smartphone features a taller screen that obviously transforms into a tablet. The hinge is still obvious at the back but the front shows a smooth and continuous display. 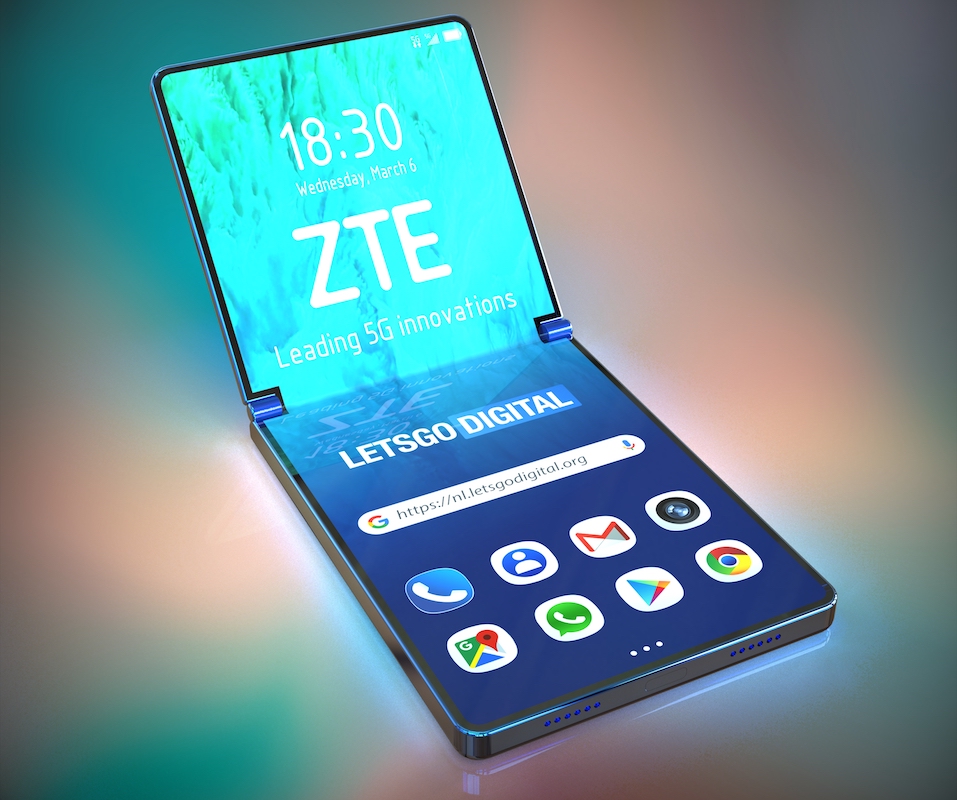 The dual rear cameras of the ZTE folding phone are found at the back with a flash. We’re not sure about the selfie camera but it could be under the display together with the on-screen fingerprint scanner.

We know there are still physical buttons on the side, a SIM card slot, and a charging port. We can assume this will also come with 5G support like the Huawei Mate X.