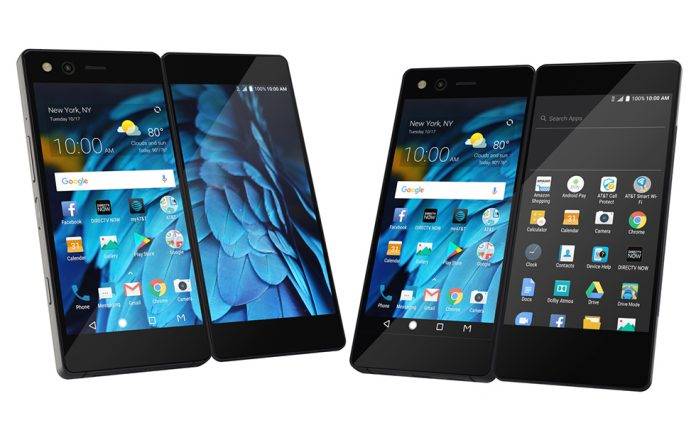 It seems like people are clamoring for more folding phones, whether they’re single display or dual display. Well, it seems like that’s what ZTE is saying. Last year, they released the Axon M, a clamshell-like smartphone with a hinge in between the two displays. And while it may not be the folding device that some people are looking for, it looks like this is just the first of several that the OEM is planning to release over the next few years.

Some users were looking for something to replicate the clamshell feature phones of yesteryears, but this time, with smartphone features of course. Samsung was the one that brought flexible folding phones to our consciousness, and other phone manufacturers have followed since. But we haven’t really seen something like the ZTE Axon M which has two displays and can even function as a tablet when unfolded, among other things.

According to ZTE VP of Marketing Jeff Yee, they are planning to release another foldable phone soon, one with “very slim bezels”. They will also eventually release a device that has just one flexible display, as opposed to the two screens of the Axon M, which they actually consider a foldable phone and not a dual-screen phone (although technically you can say it is). Don’t expect this anytime soon though, as it is still in development.

We haven’t heard any clamor for flexible displays just yet, although we’re seeing some patents for various tech from Samsung and others. But we may be at a point where new kinds of displays will be welcomed so we might see a good reception if the device is useful and effective.