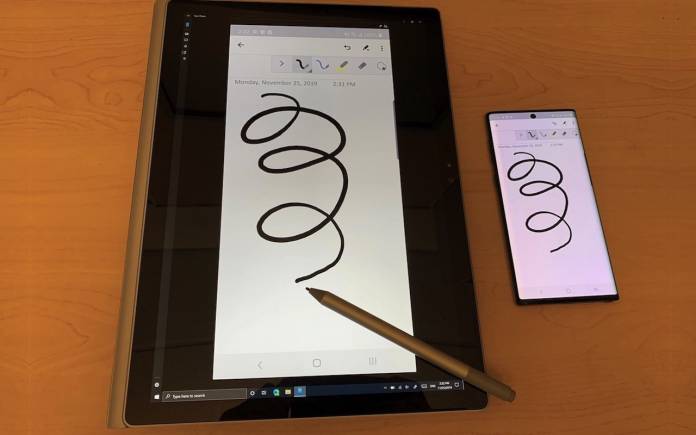 Of course, you only need to use Your Phone app to transmit the pen input. Microsoft’s Senior Program Manager Lead Analy Otero Diaz shared the good news. The idea is that when you write on a phone or a Surface, the scribbles can be transferred to your smartphone.

As explained by the exec, even pressure sensitivity information will be transferred to your phone. This pen support feature also brings support for mouse, pen, touch, and keyboard. The Your Phone app can be used with both iOS and Android phones and tablets. It will be most useful to phones with stylus support.

Before this pen support, Microsoft also added new features and improvements like allowing phone calls from desktop, removal of support for BLE on Your Phone app, and the ability to respond from Windows 10 notifications page. This time, Windows Insiders users will get the Your Phone pen support first. Others will receive the same update soon so expect more devices will also get the same update by next month.