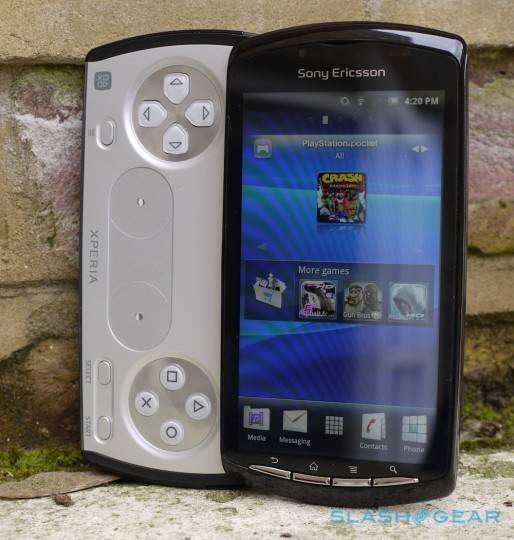 The Sony Xperia Play made a repeat performance at the FCC this weekend, as it’s CDMA twin received Federal consideration. The inaugural Playstation certified handset, shows a SIM card slot that’s different from Verizon’s 4G LTE devices. This is leading some to speculate if this is a 3G only device, at least for testing purposes. We haven’t seen any 4G association with the phone’s advertizing with Verizon, and only rumors are circulating as to the Xperia Play launching later this month. But as we reported here, the Xperia Play is coming to 11 markets around the world, just not the US initially.

There’s a lot to be anxious for, as the Xperia Play will be stocked with a suite of Playstation One games, as well as access to N’Vidia’s Tegra Zone. There will also be about 60 titles available for download from such game developers as Game Loft and Electronic Arts. In Europe, the Play will also get unlimited music streaming for about £10 a month, with users being able to pay for the service through their Playstation ID and wallet. But no word if the service will be made available here in the US, and we also have to deal with what the definition of “unlimited” is.

The Xperia Play is powered by a Qualcomm Snapdragon II 8655 1GHz CPU and Adreno 205 processor. It has a 4″ capacitive multi-touch, 854 x 480 pixel WVGA display and a slide up game control pad with joystick and Playstation buttons. There’s a front-facing VGA cam for video chat and rear-facing 5-megapixel camera but no HD video recording. It will be available with Verizon.

For more on the Xperia Play, check out Slash Gear’s here.