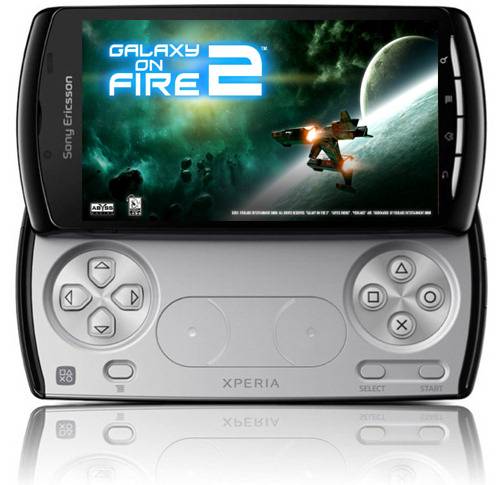 I gotta say, I’m a bit mystified about this one. Sony-Ericsson launched the Xperia Play in 11 markets around the world with six additional markets coming two weeks later. Only problem is … the United States isn’t one of them. According to the official announcement, the US launch of the Xperia Play, with Verizon, will come “sometime later this Spring.” Meanwhile, markets such as the UK, Germany, Netherlands, Austria, Switzerland, Sweden, Norway, Denmark, Russia, Hong Kong and Taiwan will get to enjoy them some PSP style mobile gaming.

The Xperia Play is Sony-Ericsson’s flagship “Playstation Certified” phone. It’s being launched with more than 60 games from not only Sony, but twenty other game developers including Gameloft and Electronic Arts. The games include Assassins Creed: Altair’s Chronicles HD, Tom Clancy’s Splinter Cell, Galaxy on Fire 2, Guns n Glory, Backstab, and Sony’s own Asphalt 6, the latest installment in their top selling raciging game. It will be available free on the Experia Play. There are also a collection of classic Playstation One games that are preloaded and include Destruction Derby, Jumping Jack Flash, MidEvil, to name a few.

Designed around a Qualcomm Snapdragon II 8655 1GHz CPU, the Xperia Play also has an Adreno 205 processor and a 4″ capacitive multi-touch, 854 x 480 pixel FWVGA display. It has a slide up game control pad with joystick and Playstation buttons. There’s a front-facing VGA cam for video chat and rear-facing 5-megapixel camera which offers a disappointing WVGA resolution 30fps video rather than the standard HD offerings of other phones. But fact it, people are going to buy this for it’s game playing capability and not to shoot National Geographic cover pages. But not quite yet for those of us in the US, that is.

Check out Slash Gear’s review of the Xperia Play by Chris Davies here.

Sony Ericsson Xperia PLAY launching to market with over 60 games

The world’s first PlayStation® Certified smartphone now launching to first markets
More than 60 games available within the first week, including top franchises Assassins Creed, Need for Speed and The Sims
Original PlayStation® titles available for download exclusively on Xperia™ PLAY
Partnerships with over 20 publishers as well as middleware companies Unity and Havok to ensure a steady flow of new innovative games

London, April 1, 2011 – Sony Ericsson Xperia™ PLAY, the world’s first PlayStation® certified smartphone, is now on sale in shops in the UK, Germany, Netherlands, Austria, Switzerland, Sweden, Norway, Denmark, Russia, Hong Kong and Taiwan with further availability in an additional 6 markets over the next 2 weeks. The Xperia™ PLAY launches with more than 60 games from the industry’s biggest content providers including Sony Computer Entertainment, Gameloft, Electronic Arts and Glu Mobile. The range of games available to download at launch is a combination of original PlayStation® titles, well known 3D titles that take the full advantage of the graphical capabilities and controls of Xperia™ PLAY as well as popular casual games all optimized for the unique game pad.

Sony Ericsson has formed partnerships with over 20 developers from big publishers to independents, from middleware providers Havok and Unity to engaging Android developers, to ensure a steady flow of new titles for Xperia™ PLAY. Some of the highlights include:

Assassins Creed Altair’s Chronicles HD – One of the most popular gaming franchises, with action, puzzles and stealth gameplay set in the Middle East of the Crusades
Need for Speed – Grab the wheel of the fastest, hottest, and most powerful cars in the world. One of the most successful video game franchises of all times.
Tom Clancy’s Splinter Cell – The latest instalment in this key franchise. Special Forces operative and renegade Sam Fisher returns to fight a corrupt secret agency.
Dungeon Defenders Second Wave – Stunning graphics, intense gameplay and exclusive on Xperia PLAY.
Gun Bros – Choose your weapon and join the ‘Freakishly Rugged’ action heroes Percy and Francis Gun as they take on a terrifying menagerie of alien beings.
Galaxy on Fire 2 – Escape into space with hours of deep gameplay and mind blowing graphics in this space exploration game.
Guns ‘n’ Glory – You lead a gang of bandits in this popular and award-winning casual tower defence game with a hilarious western theme.
Worms – Send your worm platoons into battle in this award-winning turn-based strategy game.
Zenonia 2 – The lost memories – Classic and popular RPG. Numerous quests following an epic storyline.
Backstab – An epic 3rd person pirate adventure that incorporates intense sword fights and other dynamic combat modes. Launching on April 14th exclusively on Xperia™ PLAY.
N.O.V.A.2 – Awesome graphics and intense multiplayer gameplay. This First-Person Shooter makes its Android debut exclusively on Xperia™ PLAY.

In addition Sony Ericsson is happy to confirm that Asphalt 6 – the latest instalment of one of the leading and top-selling racing games will be available for free exclusively on Xperia™ PLAY.

Cool Boarders 2 – Time to pick up that snowboard again and rip through the snow with 16 intense racetracks.
Destruction Derby – Original car carnage. Buckle yourself into a new car and destroy it but send your opponents to the junkyard first.
Jumping Jack Flash – A first person platformer like no other. Leap around 6 colourful worlds in the cockpit of a robotic rabbit, hunting for the evil galactic property developer Baron Aloha.
MediEvil™ – Resurrected 100 years later you have returned to defeat the sorcerer Zarok. Perhaps the world’s least worthy hero, you set out to save the land once again–for the first time.
Syphon Filter™ – Become Gabe Logan: Guerrilla war expert. A man on a personal crusade to bring down an international terrorist ring and eliminate a deadly virus.

More games from Sony Computer Entertainment will be added to Xperia™ PLAY on a regular basis.
Dominic Neil-Dwyer, Head of Market Development at Sony Ericsson commented: “It’s great to get Xperia PLAY into consumers’ hands at last. This is just the start and the future is exciting based on all the interest and support we have from the game industry. A steady stream of fresh innovative content will be coming to Xperia PLAY over the coming months.”

As announced at Mobile World Congress Xperia™ PLAY will be in stores in the US market with Verizon Wireless this spring.

* In France Syphon Filter™ will be pre-installed on Xperia PLAY.
** Pre-install may vary by territory