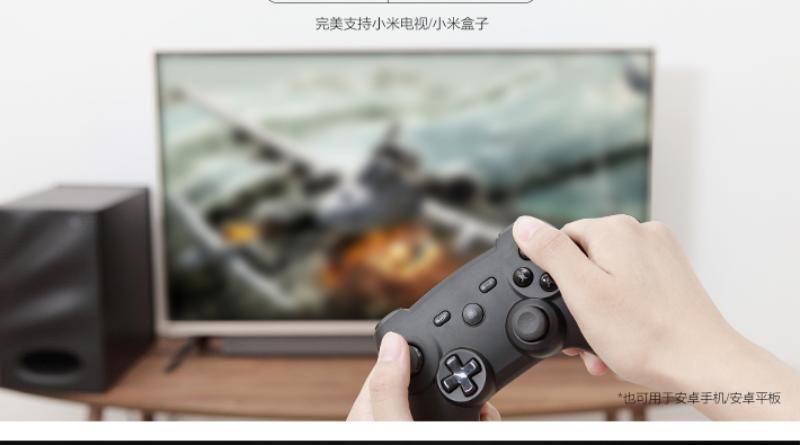 There should no longer be any doubt that Xiaomi wants in on the fledgling Chinese game biz. The company has now outed its own Bluetooth game controller for, what else, gaming. While the controller seems like a natural evolution of its Mi TV box, it does raise some questions about the future of one popular Android gaming console turned platform.

The Xiaomi controller looks like a hybrid of a PlayStation and an Xbox controller. The body design looks closer to that of Sony’s console but the button layout is unmistakably Microsoft’s. Technical details are rather few at this point, like the exact version of Bluetooth being used. From the photos, it is likely that the controller can be used to directly connect with a Mi TV or connect to a Xiaomi mobile device, like a Mi 4, which is then hooked up to a bigger screen, or a Mi Pad. The controller is noted to have its own G-sensor, probably for games that require tilting controls, and vibration feedback. It also runs on two AA batteries.

The Xiaomi Bluetooth game controller goes on sale September 25 and the first 300 buyers will be able to take it away for only 1 RMB, roughly $0.16. Actual retail price has not yet been disclosed, much less availability outside of China.

This controller makes plain Xiaomi’s plans to become a gaming brand in China, which has just opened its culture to gaming consoles, with a few legal caveats. This new product might make one wonder how OUYA fits in all of these. The gaming startup recently revealed that it struck up a partnership with the Chinese OEM to bring its Android-based gaming platform to China. This was later followed by rumors that OUYA is in financial straits and is actually looking for buyers, which includes Xiaomi. Aside from two buttons (menu and back), Xiaomi’s controller closely matches that of OUYA’s, which could hint at future compatibility with the Android gaming platform, no matter which way OUYA goes.

SOURCE: Xiaomi
VIA: Tech In Asia