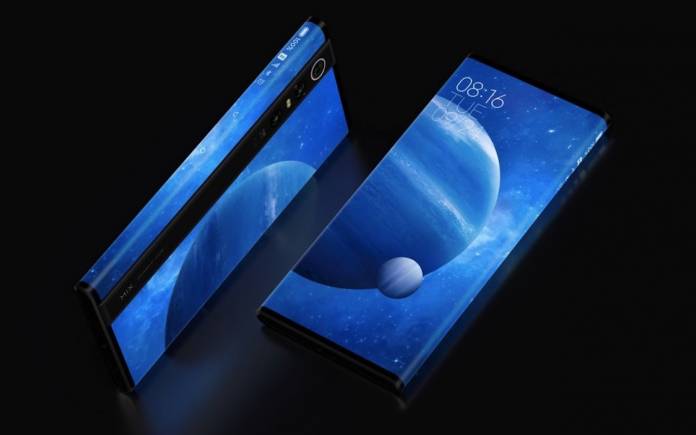 Xiaomi introduced the Mi Mix line more than three years ago. Back then, the concept phone was shown off with an almost bezel-free display. The first model was then released and was immediately subjected to a Durability Test. The smartphone was already deemed bezel-less, making a good impression among the mobile industry. The Mi Mix 2 arrived the following year and the Mi Mix 3 another year later. No new Mi Mix phone has been released in 2019 but we started anticipating the Mi Mix 4 which turned out to be the Mi Mix Alpha.

The phone was introduced around the same time as the Xiaomi Mi 9 Pro 5. The latter is already available but the new Mi Mix model isn’t ready yet. It is believed to be rolling out as there have been sightings on retailer sites in China.

All the info could really mean Xiaomi is prepping up for the Mi Mix Alpha release. At the moment, we know the device will cost 19,999 Yuan which is around $2,280 in the US. It may be out in limited units. The phone won’t be mass-produced because of its unique design.

No, the Xiaomi Mi Mix Alpha isn’t a foldable phone but it comes with a unique wrap-around display. We’re looking forward to its final release in the market even if just in China. To review, the specs and features of the Xiaomi Mi MIX Alpha are as follows: 7.92-inch flexible S-AMOLED display (wrap-around), 2088 x 2250 pixel resolution, Snapdragon 855+ mobile processor, 12GB RAM, 512GB UFS 3.0 storage, and a 4050mAh battery with 40W charging.

The Xiaomi Mi Mix Alpha runs on MIUI 11 based on the latest Android 10 OS. When it comes to imaging, the 108MP main lens is real plus 12MP telephoto with laser autofocus + 2x optiical zoom + 20MP ultrawide shooter also with laser autofocus. No front-facing camera is available. There is no 3.5mm audio jack nor microSD card slot either. Other features include an on-screen fingerprint reader, Bluetooth 5.0, Wi-Fi 802.11ac, NFC, USB-C, and GPS