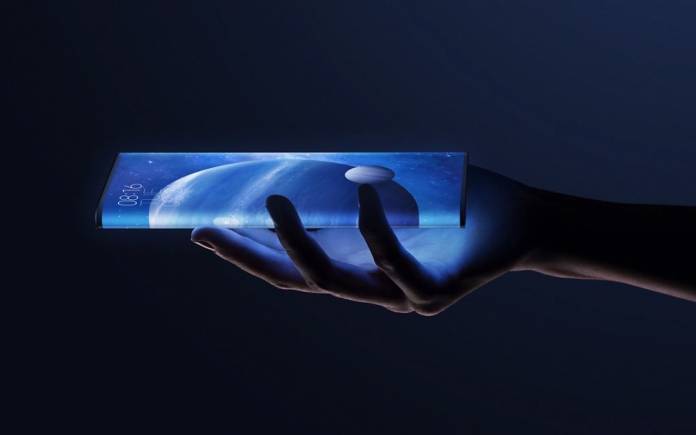 The 4th-gen Mi Mix is finally here. It’s not called the Mi Mix 4 as earlier mentioned but Xiaomi decided to call it the Mi Mix Alpha. As rumored, this one boasts a 108MP camera. It’s a first in the world to have that such high-specced camera system. Others think it’s unimaginable but Xiaomi teamed up with Samsung on this phone. Well, not really the phone but on the sensor being used since it was the South Korean tech giant that first introduced a 108MP image sensor.

The new Mi MIX Alpha comes with a 180.6% screen-to-body ratio. That seems impossible but Xiaomi was able to achieve it with a Surround Screen. Think of it as a full bezel-less device. There are no side edges but you can still see a very thin forehead and chin. The display extends to the back.

Xiaomi has combined titanium alloy, ceramics, and sapphire to come up with this concept phone. It’s only a concept, for now, but Xiaomi is aiming to begin small-scale production before the end of December. It even has a price now–RMB 19,999–or about $2,800.

The new Mi Mix phone offers a really full-screen display that flows to the back. We don’t expect much buttons so we’re looking at new sensors and touch buttons.

The camera system includes a 108MP shooter with 20MP ultra-wide-angle lens (for 1.5 cm super macro), and 12MP telephoto camera (with Dual PD focus and 2x optical zoom). There is no mention of a selfie or front-facing camera but we’re assuming the primary camera on the rear will be enough since there is also a screen at the back of the phone.

The 108MP camera offers the highest resolution and highest pixel count on a smartphone. It’s an important milestone not online in mobile photography but digital photography as a whole. Other specs and features of the Mi Mix Alpha include the following: a new display acoustic technology, linear motor to simulate real buttons, 5G connectivity, ISOCELL Plus and smart ISO, four-axis OIS for videos, Qualcomm Snapdragon 855+ processor, and a 4050mAh battery with 40W wired fast charging,