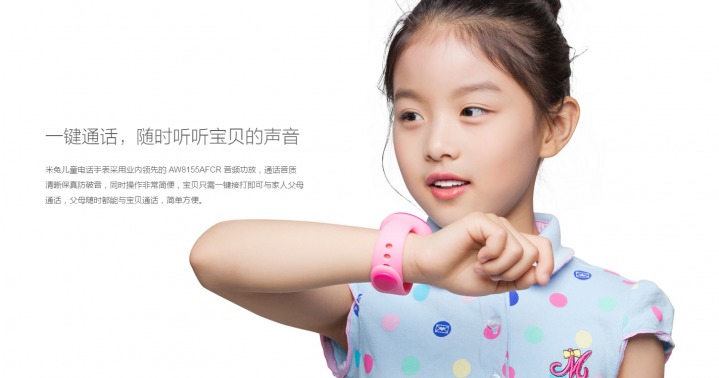 Xiaomi has finally launched a new line of smartwatch. It’s not exactly what we were expecting and have mentioned last week but just a new line for the kids. Officially called as the Mi Bunny Kids Smart Watch, this new wearable costs only ¥299 which is about $46. That’s very affordable for a smartwatch but you know, it’s only a simple version for the children.

The Mi Bunny Kids smartwatch has just been introduced ahead of the Mi Max and MIUI 8‘s unveiling this coming May 10. The new wearable is ideal for the children and parents who always want to keep in touch. Actually, it’s a big help for parents who want to know what their kids are doing all throughout the day.

Not that the adults can “see and hear” their kids all the time. The smartwatch allows them to quickly call their kids or vice verse especially during emergencies. It’s a GPS-enabled smartwatch that uses a pre-paid SIM card. It works as a standalone smart device for making calls. It also features Bluetooth connectivity, WiFi, and GLONASS.

Parents can track their kids whereabout thru the GPS. They can set a security zone so they can be alerted if their kids leave the set parameter. A maximum of six contacts can be saved on the kiddie smartwatch. Kids can inform parents of their whereabouts with a single tap and by sending a 7-second audio.

Some features of the Mi Bunny Kids smartwatch include a 300mAh battery that’s good enough to last up to six days and some plastic and silicone straps. The wearable device is compatible with smartphones powered by at least Android 4.4 KitKat.