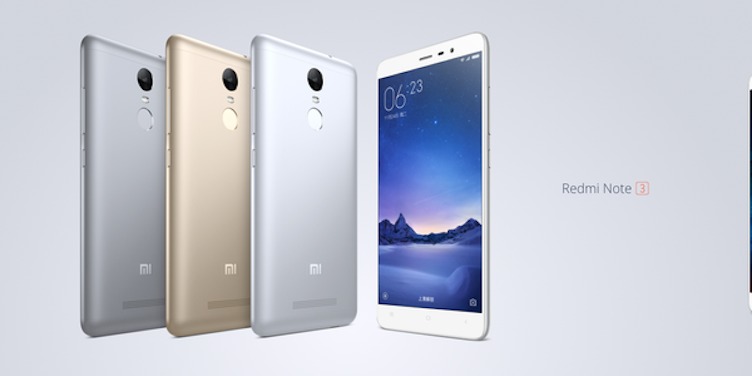 Finally, Xiaomi officially announced its two latest powerful yet affordable mobile devices—the Mi Pad 2 and the Redmi Note 3. The Chinese phone manufacturer shared numerous images and information via a series of Twitter postings. We’ve been anticipating the two already since a number of Xiaomi devices have been sighted in FCC, on a benchmark site, and on TENAA. The recent price cut of enhanced Redmi 2a even gave us an idea that a new-gen Redmi might be in the works.

The Redmi Note 3 could be the Redmi Note 2 Pro we spotted on TENAA last week. Xiaomi says this is one insane device priced at only RMB 899 which is about $140. The latest Redmi Note features the same 2.0GHz Mediatek Helio X10 CPU of its older sibling, the Redmi Note 2. There’s a fingerprint sensor that unlocks quickly at only 0.3 second and an impressive 4000mAh battery. As promised, the phone is already full metal– smooth sandblasted metal finish, available in gold, dark grey, or silver.

The Redmi Note 3 is heavier than the Redmi Note 2 by 4 grams at 164g. Device is sleek at 8.65mm and is very light and thin despite the large battery inside. It looks very premium as this is the first unibody from the Chinese OEM. Other specs include a 5.5-inch screen, 1080p resolution, 2GB RAM, 16GB or 32GB onboard storage, 13 megapixel rear camera, and phase detection autofocus. 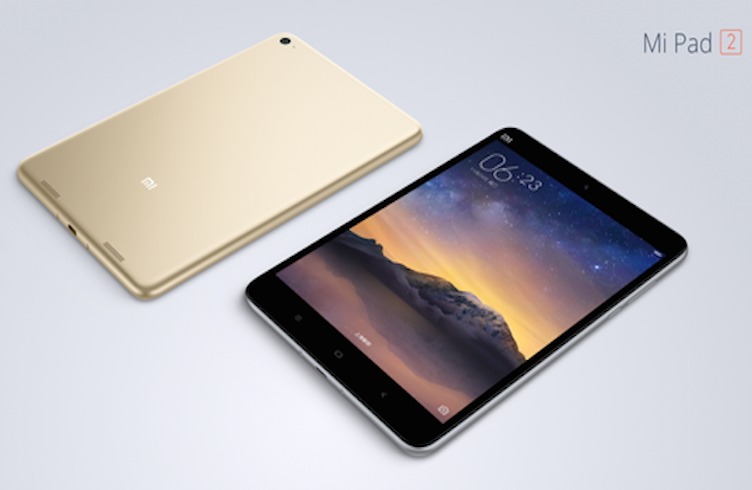 The Xiaomi Mi Pad 2 is bigger in size. It also sports a full metal body design. It’s very thin and light, running on an Intel Atom X5-Z8500 processor. Compared to the original Mi Pad, it’s 38g lighter and 18% thinner. You can choose from either the champagne gold or dark grey version.

The Mi Pad 2 features a 7.9-inch display screen with 326 PPI, 6190mAh battery, USB Type-C port, 8 megapixel rear camera, and 5MP front-facing selfie shooter. It also comes in two versions: one with 32GB on-board storage and another one with 64GB. At only RMB 999 or $156 for the entry-level version, the tablet is good enough for basic mobile tablet experience. The 64GB costs 1,299 RMB ($203) which is still affordable for an Android tablet.

No word on exact availability but the two devices should be ready in the Chinese market just in time for the holidays.