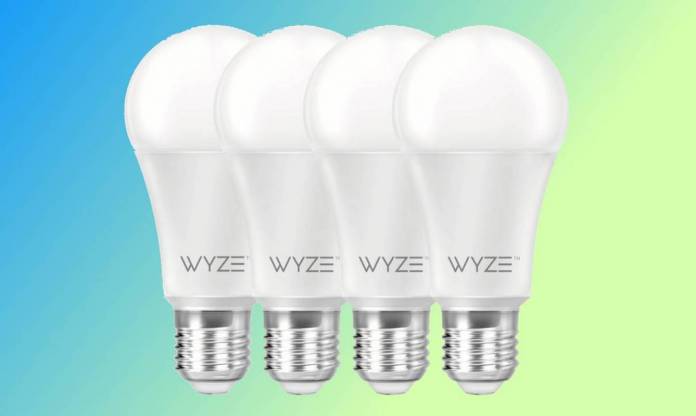 The smart home game isn’t exactly flourishing. The industry is there but it’s not as widespread. It certainly has a market but we’re not expecting many people to get into it, or at least, not yet. If you want to start and get a smarter home, you can try a smart bulb first. It’s the easiest to buy and set up because it’s designed like an ordinary electric light bulb. The only difference is that it connects to an app and is managed by another mobile device or smart assistant.

We remember the WyzeCam and Wyze Sense. The Wyze Bulb is new and we think it will sell fast given the price is only $7.99. Other smart bulbs go higher than $8 so you know this thing from Wyze is special.

Wyze is set to rival Philips Hue or LIFX and other brands. Wyze Bulb smart lighting is expected to make more people buy and see the smart home difference.

The smart bulb is also offered in a special four-pack worth $29.99. The 9.5W LED Wyze bulb can bring up to 800 lumens of brightness.

Unlike smart bulbs from other brands, this Wyze Bulb doesn’t change colors although you can edit the color temperature. You can set multiple bulbs so they respond at the same time.

Wyze Bulbs work over WiFi. It won’t be compatible with 5GHz WiFi yet but maybe the next model will.

The light bulb works with Alexa, IFFT, and other related functions. We can also expect it to work with other Wyze products like the Wyze Cam and the 2nd-gen Wyze Cam. Tell Alexa to dim the light or power on-off.

A connected home for anyone who is willing to try a smart home. Wyze is already an established company of smart products but its rollout in the US is slow.