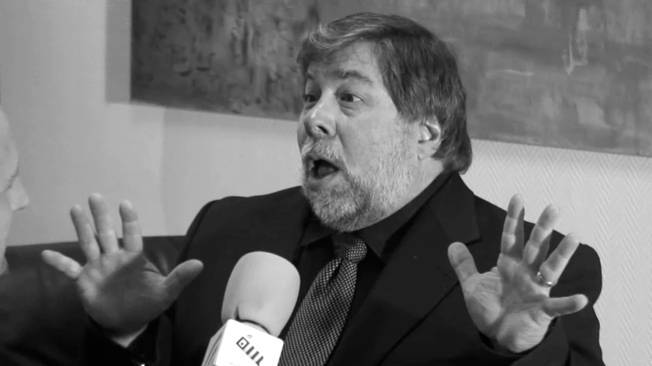 For an Android site, we sure have been writing about Steve Wozniak a lot lately. First we got to take a look inside his travel backpack and see all of his gadgets, then we heard him saying that he didn’t agree with the highly publicized Apple-Samsung verdict. Now, thanks to a new Q&A session at Slashdot, we’re finding out a lot more about him in general. Woz answered a bunch of different questions during the Q&A session, but a few of his answers in particular stick out.

Specifically, there’s his answer to a question about whether or not he likes the way his “baby” has grown over the years. Woz has always been a big supporter and member of the open source community, so it isn’t surprise that his answer veered in that direction. “Apple’s real rise from the small market-share Macintosh company to the iProducts of today began with iTunes and the iPod,” he said. “This turned out to be a 2nd huge business which roughly doubled Apple’s ‘size’. If you remember, we ported iTunes to Windows. We now addressed 100% of the world’s market with this integrated system (iPod/iTunes) and it began the era of Apple that we are now in. So why don’t we port iTunes to Android? Did something get closed up? I love Apple products and iTunes and wish it were on my Android products too.”

Apple, of course, doesn’t like the idea of its software running on other phones, so that’s why we don’t get iTunes on Android. It isn’t as if Android users are out of options when it comes to accessing their music libraries on their phone, however. Many Android users would point Woz toward Google Music, which is an excellent service and good alternative to iTunes.

Woz also took the opportunity to discuss Apple’s recent courtroom brawls during the Q&A session, reiterating his stance that Apple shouldn’t be suing other players in the industry as much as it has been. “I wish that instead of all these lawsuits Apple was sitting down and cross-licensing with the other players,” he said. “They have come up some very good features without complicating the UI. Things like a palm swipe to take a screen snapshot. I would like my iPhone to be the best it could, even if someone else did some of the things first. And Apple could license iTunes perhaps, or help the other platforms develop it. The market shares would probably remain the same but we consumers would all win.”

Once again, we have to admit that Woz paints an wonderful scene, but sadly, we’re thinking it isn’t all that realistic to hope that Apple and other tech companies will begin sharing their patents. We can’t really blame those tech companies, since Apple was just awarded $1 billion dollars for others infringing on its patents, but still, it would be nice to see these companies begin to share technology and each make the best products they can. That’s probably won’t ever happen, but it’s still nice to dream. If you have a few minutes to spare, be sure to check out the whole Q&A session with Woz – it makes for a very interesting read!