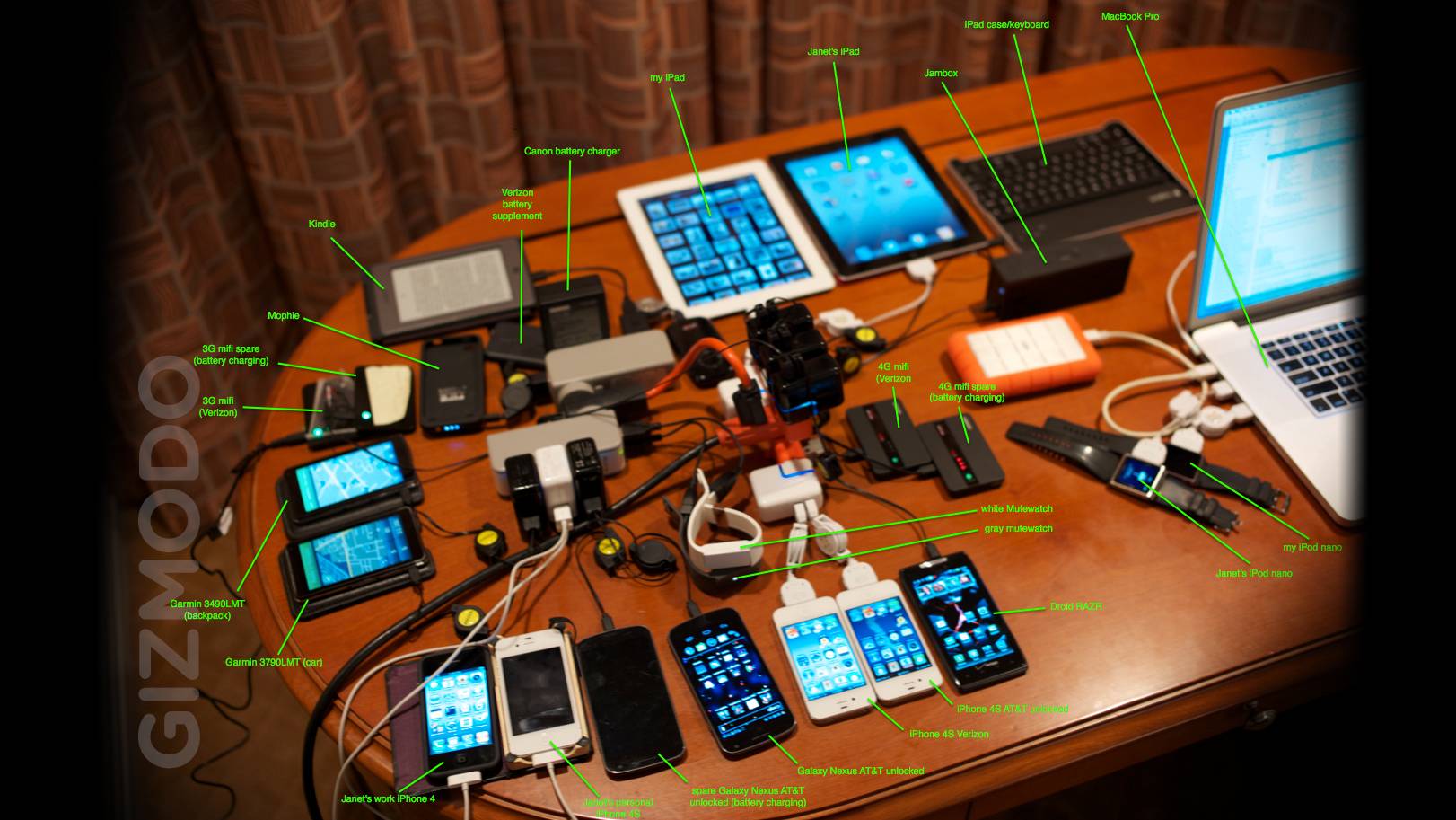 If you’re like me you probably carry around more than one or two gadgets on a daily basis. Between multiple phones, an extra battery, and usual a tablet I do pretty well — but nothing compared to some. Apple co-founder Steve Wozniak decided to share with the world what all he carries around when he travels. His travel bag must be pretty darn big because he packs an arsenal of gadgets.

When we head to events to bring you the latest Android news from CES, Mobile World Congress, or Google IO (like last month) I have a pretty large bag full of goodies. Wozniak on the other hand seems prepared for anything, with almost every device he uses occasionally, and is read for everything the world tosses his way. Thanks to a post by Gizmodo we have the full details of Steve’s bag. Everything in the photo above is either in his hands, pockets, shirt pocket, or backpack when he’s not home — and he’s nice enough to lug around a few things for his wife too.

I seriously don’t even know where to start. Sure must be nice… or is it? I’d get awfully tired carrying all of that around. Between his MacBook Pro, iPad, iPod Touch, iPhone (or 3) tons of cables, chargers, spare battery’s and more. This photo is crazy. Not counting his wife’s phones it looks like Steve hangs out with more Android phones than he does iPhone — that is awesome. Wozniak mentioned the image doesn’t include multiple chargers like his MBP charger, pens, pencils, toiletries and more. He states the bag is easily over 50 pounds daily and we’d have to agree.

My first question is why? Then my next question would probably be what backpack is this that you so effortlessly pack all these goodies into? Check out the full-sized image below to truly get an idea of what all he’s got jammed in his travel backpack. Thoughts?