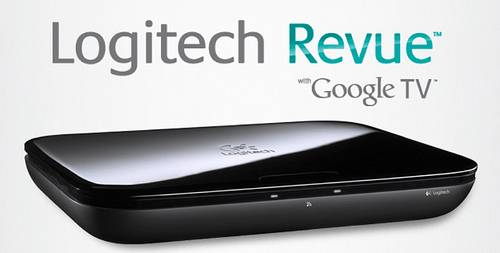 Today Microsoft announced they’ve partnered with tons of media and entertainment leaders all across the world to bring a better experience to TV’s and Xbox Live. After reading through all of the announcements and providers they have come to terms with I quickly found myself wondering how this will effect Google TV — with and without Honeycomb or Ice Cream Sandwich. If set-tops like the Revue weren’t already facing an uphill fight, it just got even steeper.

Our sister site SlashGear has all the Xbox news since Microsoft doesn’t have much to do with Android (other than royalties for patents). So you can head over there to see all the latest information. Google TV has pretty much been a quiet little side project thus far and if they thought things were about to get better with Honeycomb, things might have just changed again with everything Microsoft and Xbox Live is bringing to the table. Google TV hasn’t seen much adoption from the mainstream users they’d hoped for, but sales were strong when the Logitech Revue dropped to $99.

We have seen various Honeycomb leaks for Google TV and even an update preparing for the future. Will those updates be enough to save Google TV? We wont know until the updates finally hit and we start to see just what Google has planned for the platform. What I do know, is Microsoft has just tightened their grip on the market making Google TV look even weaker — Here is a large list of some of the new features and partners for Xbox.

If I said the list was small I meant large, that is what Google and their TV’s will be facing here soon coming from Microsoft. If you read over that list remember that those are only new editions being added on to the many already available. Some of the main features of Google TV such as YouTube, Pandora, FOX News, and Amazon have all been added to that list plus many more. The few really good points Google TV had going are soon to be available for Xbox users everywhere.

I don’t mean to trash on Google TV, the option is a wonderful one and we’ve yet to see its true potential. I for one am hoping Google has a few tricks and special things planned for Honeycomb or Ice Cream Sandwich when it comes to Google TV, otherwise they’ll be in a deeper hole than they are currently. So what all this technically means for Google TV — is that they better get moving and fast if it wants to stay relevant.