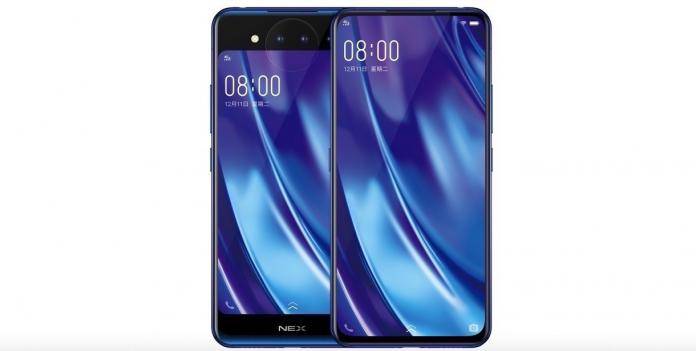 Vivo has launched the NEX Dual Display Edition late last year. Actually, it was only last month the phone we first called as the Vivo NEX 2 was made official. We were fortunate to get a hold of the phone and do a comprehensive review of the device we described as one with a futuristic design, decent cams, and more. The smartphone made an impression with its 10GB RAM, 128GB onboard storage, and other premium specs. We’re not forgetting the triple rear shooters, secondary selfie display, and the faster and more accurate on-screen fingerprint scanner.

Now it seems we’re hearing the Vivo NEX Dual Display phone will have a lower-specced variant. By low specs, we mean just a less powerful version.

The Chinese FCC is usually an indication a new mobile device is about to roll out. Being on TENAA means the phone is ready to be announced.

The new Vivo NEX Dual Display Edition variant is only powered by a Snapdragon 710 and 8GB RAM so that makes it a mid-range phone. The camera system is slightly different: 12MP + 13MP + 2MP.

No mention of phone availability but expect this to cost lower than the Snapdragon 845-variant.