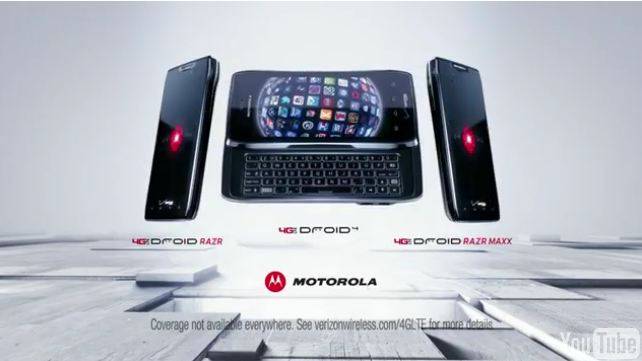 American Android aficionados will remember Verizon’s Droid Does campaign fondly: it kicked off with Motorola’s original DROID and was instrumental in giving Android a leg up on iOS in the United States in 2009. While the Droid Does campaign continued with the likes of the HTC DROID Incredible and others, it seemed to disappear from the airwaves once Verizon got its hands on the iPhone 4. Now it’s back, showing off the DROID 4, DROID RAZR and DROID RAZR MAXX from Motorola.

But something’s a little different in the new 30-second spot. Verizon’s voice over guy seems far less combative – there’s no mention of a “racehorse duct-taped to a SCUD missile” here. It’s just a very gentle, very positive explanation of various features, like the DROID RAZR MAXX’s amazing battery life. There’s barely a hint of the industrial steampunk robots and holograms that typified the previous campaign.

So why the new approach, which seems more like an ad for Pepperidge Farm than a paradigm shift? The obvious answer is that Verizon isn’t keen to compare the new DROIDs with the iPhones sitting next to them in the carrier lineup. It seems like the days of combative us-versus-them advertising is over, from Verizon at least. T-Mobile is still eager to make Android and iOS duke it out, literally.