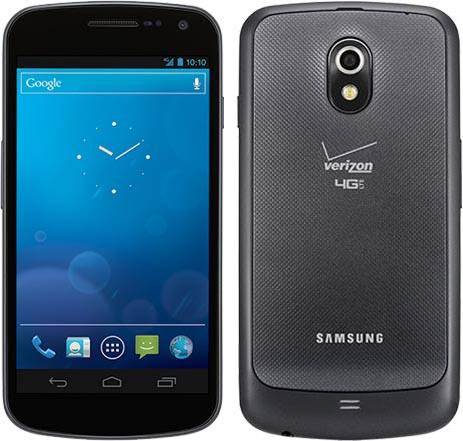 Once more, with feeling. After Verizon apparently cancelled the December 9th launch of the highly-anticipated Samsung Galaxy Nexus, the rumor mill is buzzing with December 15th as the popular date for the latest non-delay delay. After some independent investigating from Android Community, this appears to be the case. This is not a confirmation, but a second-party Verizon reseller said that the phone would be released next Thursday. We’ve also heard December 15th from another source, who wishes to remain anonymous.

This morning we called up Verizon’s customer support looking to order the Galaxy Nexus, on the off chance that the rumors surrounding its continued delay were greatly exaggerated. While we couldn’t order the phone itself, the Verizon representative said that it had indeed been scheduled for release today, but that the date had been changed at the last minute. The representative did not have a new date available to her, or would not give it.

We then called a second-party retailer, which has its own chain of stores but also sells Verizon devices and service. The store had Verizon’s LTE version of the Galaxy Nexus in stock, but couldn’t sell it due to restrictions from Verizon. When we pressed for a release date, the manager kindly called Verizon on our behalf. The manager responded that Verizon would authorize them to sell the Galaxy Nexus at the opening of business on Thursday, December 15th.

Once again, we stress that this is not a solid, confirmed date – it’s information acquired second-hand from someone who’d like to sell the Galaxy Nexus just as much as you’d like to buy it. But this new date jives the reports from other sites and we’ve now heard it from multiple sources, so it’s the best we can hope for at the moment. There’s nothing keeping Verizon from bumping its internal date back once again, if indeed Thursday is the day that the phone is scheduled to go one sale.