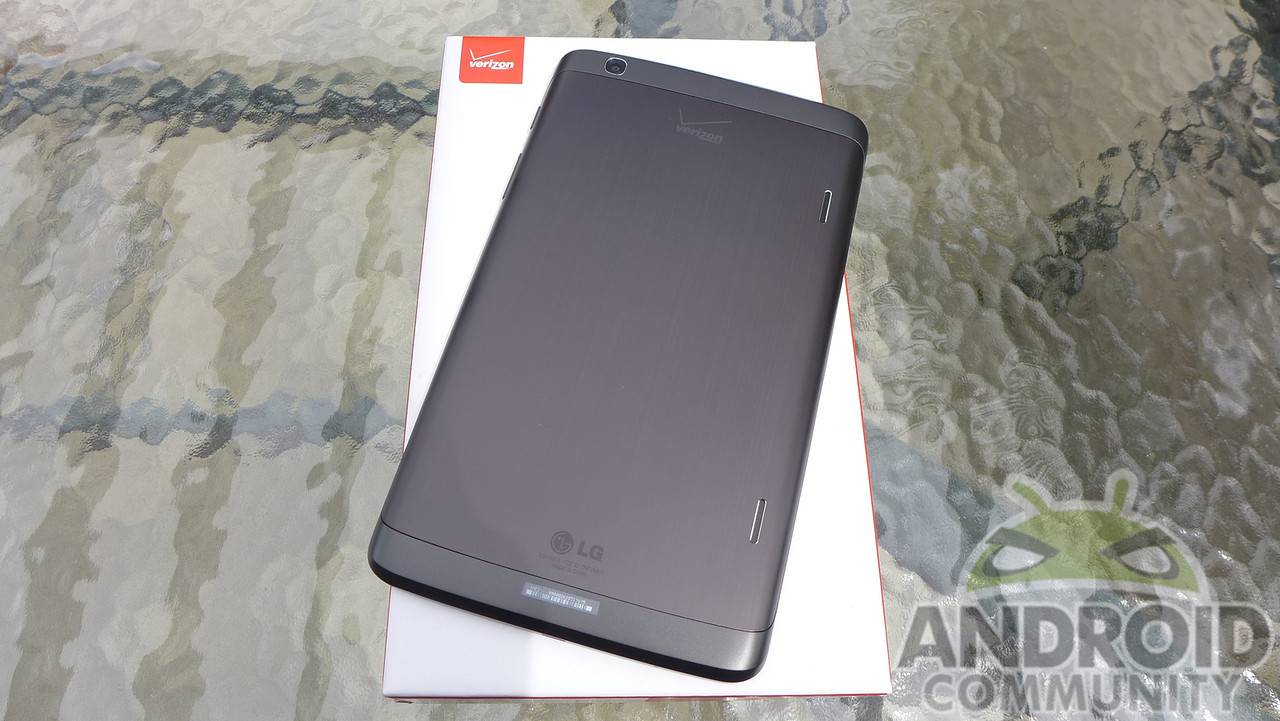 We’ve had the LG G Pad 8.3 available here in the US for several months now. A WiFi-only model arrived back in October 2013, and a Google Play edition followed in December. More recently though, there was a bit of good news for those who had been holding out for a cellular connected model. Specifically, for an LG G Pad 8.3 equipped with Verizon 4G LTE.

Verizon launched their 4G LTE version of the LG G Pad 8.3 earlier in the month, and as such, one was recently sent to us for review. We’ll begin this by mentioning we will have a full review coming, but for now we wanted to share some first impression style thoughts. Up front you’re looking at an 8.3-inch Full HD display. 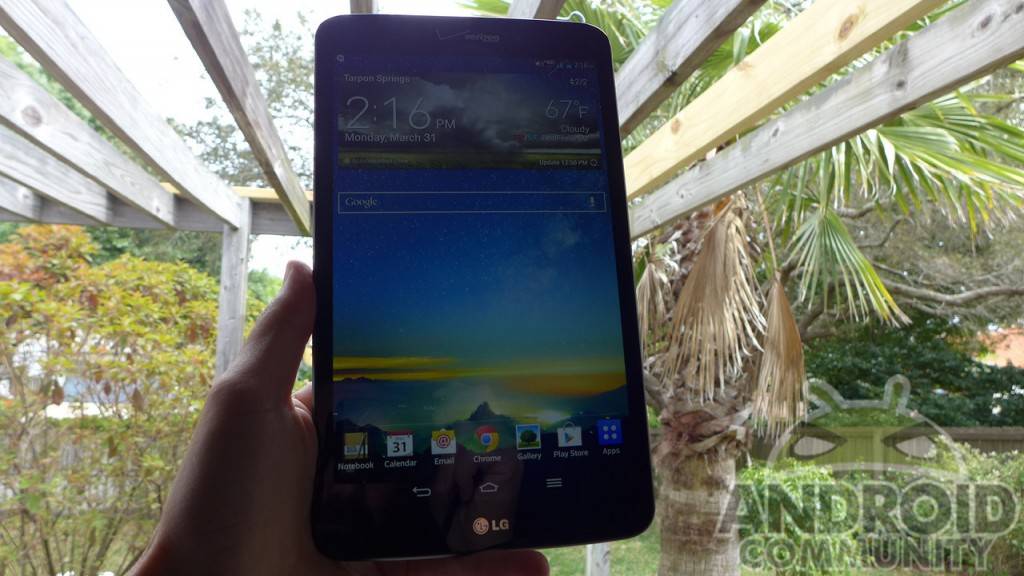 The tablet is then powered by a quad-core 1.5GHz processor with 16GB of internal storage and running Android 4.2.2 Jelly Bean. We were pleasantly surprised when first removing the tablet from the box — it feels solid and sturdy. And for those worried about the difference between this and the Nexus 7 — the G Pad 8.3 isn’t that much bigger overall. You may not be able to cram it in a back pocket, but it isn’t all that much different in terms of one-handing it while reading.

As you will notice in the gallery sitting above — the front of the tablet sits with a Verizon logo up top and an LG logo along the bottom. There is also a 1.3MP camera. There is a microphone and microUSB on the bottom, a power button and volume rocker on the right, and a headphone jack, IR and microSD and SIM card slot on top. The left side is free and clear.

Looking at the back and you will find another logo for Verizon and LG. There is also a 5MP auto-focus camera and pair of speakers which sit oriented for landscape mode. The back also sports a brushed metal look — it also seems to attract quite a bit of fingerprints and smudges. 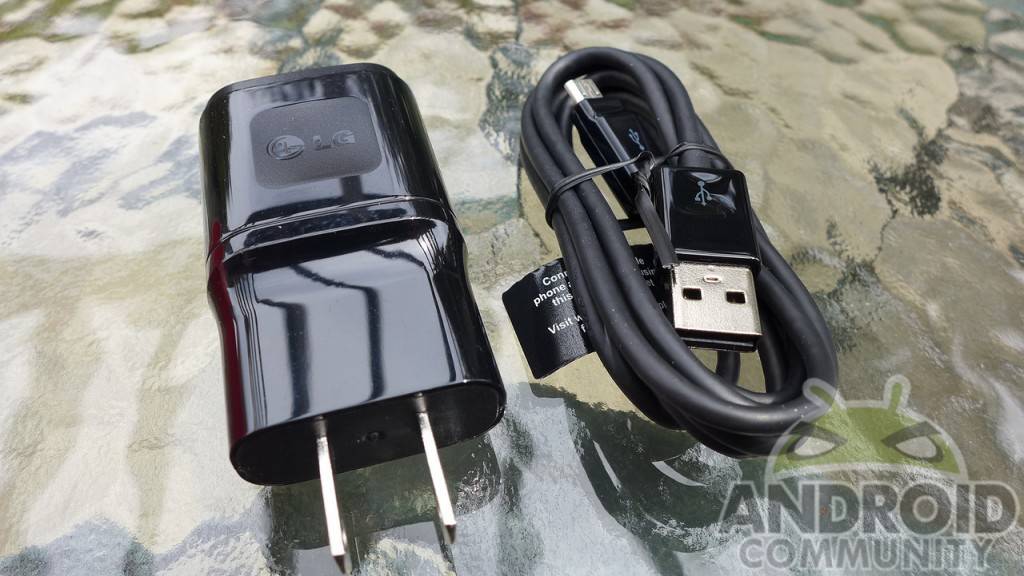 The software is what you would expect from a Verizon branded LG device. That is to say you will find some LG specifics, as well as some apps courtesy of Verizon. The image sitting below (with the exception of the Speedtest app) is what sits on the tablet at first boot. Many seem to take strong issue with the Verizon apps coming pre-installed, however they do take up little space in terms of storage, and we also find them to be somewhat of a welcomed trade-off in terms of getting LTE connectivity. 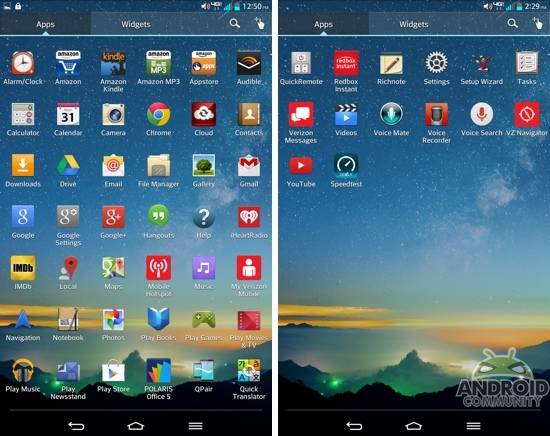 Perhaps more important is what LG offers. This begins with Android 4.2.2 Jelly Bean, but also includes features such KnockON. This allows you to wake the tablet with a double-tap of the display. Alternatively, you can turn it back off with another double-tap. Worth mention here is that KnockON does require you to tap close to the middle. Other LG goodies include SmartShare for wireless sharing, QSlide for multi-tasking and Slide Aside to quickly switch between (up to) 3 apps.

Network speed will always vary from market to market, but we often see good results with Verizon. A quick one-off test returned results of 25 down with 15 up. We have seen faster, but are certainly not going to complain about topping out in the mid-20s.

While we would normally conclude any sort of hands-on with a Wrap-Up section, we wanted to change this up here — after all, this isn’t about offering a final opinion on the tablet. In fact, we are far from done with the Verizon LG G Pad 8.3. A full review, as well as a deeper dive into some of the highlight features will follow.