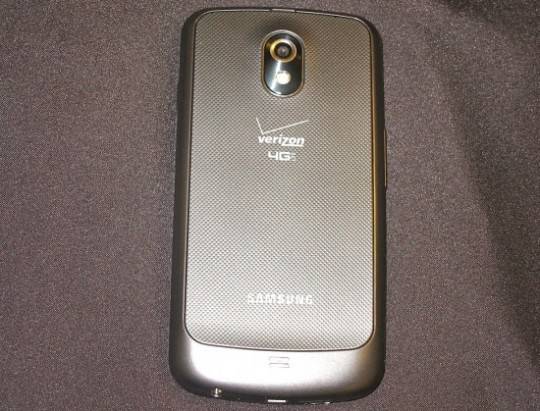 We are now hearing from all sorts of different sources and leaks that December 9th is the big (or little) day for the Verizon Galaxy Nexus. With not so much as a peep from Verizon other than a few leaked emails it’s safe to say they’ll be doing a silent rollout or not making a big deal about the device. New leaks have confirmed Best Buy has received the Galaxy Nexus stock today and will also start selling it as soon as Verizon gives them the okay.

Although this is indeed a good sign, the leaked information from Android Central also mentions the release date is still pending. Sounds like a rush job if you ask me. Full retail boxes and accessories for the Galaxy Nexus have already started arriving at Verizon retail stores, add Best Buy to that list and we’ve pretty much confirmed the release date. 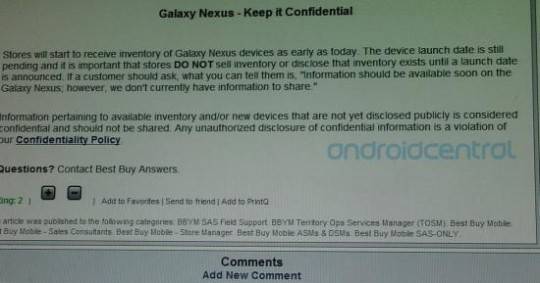 At this point I really see no reason why Verizon can’t just announced the device and we still expect some sort of details to be released any minute now. We could see a completely silent rollout with the device just being available online and in retail stores come Friday but I seriously can’t imagine Google not wanting to make a big deal out of the official ICS launch here in the US. Something still doesn’t seem right here but we’ll all just have to continue waiting until it’s either in our hands, or announced by Verizon. I wouldn’t get my hopes up for either but Friday is looking pretty solid right about now.